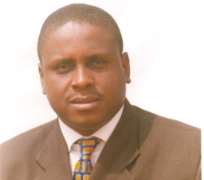 God is perfectly in control. Stop panicking! The right understanding of God's authority over the affairs of all creation will always enhance our relationship with Him, and also inspire our Confidence in His word. The God we are serving is the creator of all things; both living and non-living. He made all things and is always in perfect control of the whole universe - heavens, earth, waters, humans, spirits, plants, animals, events. Everything! Nothing can exist or function without Him. Narrowing this down to ourselves, He brought us into existence and has his master plans for our life. He is willing and capable of bringing to pass all his purposes for our lives. Just brood over these statements, "I am the Alpha and Omega - the beginning and the end," says the Lord God. 'I am the one who is, who always was, and who is still to come, the Almighty one" Revelation 1:8 and "Looking unto Jesus the author and finisher of our faith;" Hebrew 12:

Our main text from Revelation chapter one and verse eight was our LORD trying to authenticate the message he was given to the church through John. It was like a signature on the message. The LORD Jesus wanted John and the entire church to know that all he had told them would ultimately come to pass, hence, his putting his position and authority as a seal. He wanted them to know that He (Jesus) was still in full control of events. And remember the church (Christians) was going through serious persecution at that period and needed a message of encouragement and hope. That was immediately Jesus ascended. He had to reassure them that he was coming back as he promised. That all they were passing through would be temporal, as he was coming to bring everything to an end. His signature to this was, "I am the Alpha and the Omega - the beginning and the end, the one who is, who always was, and who is still to come, the Almighty One." Amen!

Alpha And Omega
The LORD said to the church that He is the Alpha and the Omega - the beginning and the end. Alpha is the first letter in the Greek alphabet, while Omega is the last. What this title signifies is that Jesus is the beginning and the end of everything, the first and the last. He started it all and he will also end it. If we go back to the beginning of the world, the bible said that the earth was empty, formless and in total darkness until God sent in light and began to create. I want to take it for granted here that you already know that Jesus is God. And that the bible clearly told us that he created all things. So, he is the beginning of all things. The Alpha of the creation, and in the book of Revelation, He is also showing how he would end what he started.

It is very important that we understand this and also apply to our life and relationship with God. We must begin to understand that we are like projects in his hands. He started it all. He initiated our existence, our faith, our visions and our ministry, our marriage, our business. He gave us those visions we are running with. And if that is true, then he will not fail to faithfully conclude what He started. He does not abandon his projects on the way. When we fully appreciate this, then, we will begin to have full confidence in our relationship with him. Our faith, our life, our family, everything about us in perfectly in his control and he will see them all to perfection. I believe this is also why he once told Jacob, "I will not leave you until I have fulfilled all that I spoke concerning you." This promise has been my anchor in life.

You know, there are times we get so afraid that we begin to wonder if we will ever get to our destination. Maybe, because of the hindrances, turbulence; it’s like the whole thing is going topsy-turvy. But, that is actually the right time to remember that we have the Alpha and Omega; who is the author as well as the finisher of our faith. We must continue to put our faith in him till the victorious, glorious end. He was telling the troubled church through John that He would surely complete what He started, according to His promises. God will perfect all that concerns you!

Who Is, Who Was, And Who Is To Come
He also made them to know that he is unchangeable. He does not change in character, essence and integrity. What he is, he was and ever shall be. He is the eternal God. Nothing, nobody, no situation can change him and his words. Look at the way James 1:17 puts it, "... the father of lights with whom is no variableness, neither shadow of turning...” You can always trust His words. He said, "For I am the Lord, I change not;" I love David, he said that he (God) is the same, and that his years shall have no end. Why are you afraid when such a personality is with you?

Almighty One
By declaring that he is the Almighty One simply means that he is having all power. He is the most powerful. His power is beyond measure. Yes, there are powers and authorities in different realms. There are great powers in the air, in the waters, on earth and in the forests. There are powers in the occult world and the dark kingdom. There are powers in the kingdom of men on earth, but our LORD wants the church to know that he is the Almighty One - all powerful. He is above all. He made all of them. Nobody, no power can stand on his way or thwart his plans and program. Whatever he purposes, he executes without any form of hindrance. When we recognise these, no situation, no spirit or human will be able to intimidate us. This is why the bible said that if you know your God, you will be strong and do exploits. I remember when I was having that press war with the head of the Ogboni secret cult the other time, some people actually wrote me, warning me to be careful and all that - that those guys could be very dangerous and so on. Yes, I understood what they were saying, but I also knew that it would have been (as it is still) impossible for any occult person to successful harm me. Why? Because I know and function in the authority of the Almighty One – the Alpha and the Omega!

Another one wrote me and advised me to stop talking about the powers and name of Jesus; that it was elementary. That I should come and read great mystic books that will enhance and launch me to greater influence and power, etc. I just laughed at him. I reminded him that at the mention of the name of JESUS, great powers of darkness (including the one he is serving) have always genuflected and bowed. Yes, the gospel is that simple, yet, the most powerful. We must recognize that our God is the Almighty One and we must constantly function in that knowledge. He can do all things. He is the creator and the head of all principalities, powers, dominions, authorities, thrones, and that at the mention of His name every knee, every situation, and every power must bow. So, at this time of global and personal challenges go in this might and begin to conquer every opposition and situation in your life. Till next week. God bless!