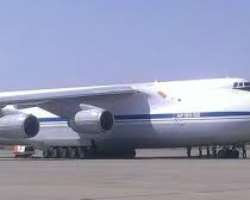 The chartered plane had flown some Nigerian minerals merchants to Dubai.

The UAE civil aviation authorities, which carried out a random ramp inspection on the plane shortly after arriving in Dubai, reportedly discovered serious safety infractions on it. The plane was subsequently grounded. Findings showed that the plane had remained grounded in Dubai for over three weeks now.

Top officials of the Ministry of Aviation confirmed the development on condition of anonymity because they were not authorised to speak on the matter.

The US government was contacted because the private jet was carrying an American registration even though it was operated by a Nigerian charter airline.

Top officials of the Ministry of Aviation said the NCAA leadership was disturbed by the development. Among other things, the UAE discovered that the tyres of the plane had worn out while the Minimum Equipment List, a major safety condition, was not on the plane.

Aside from other safety violations by the operators of the plane, the UAE authorities found out that the plane was conducting an illegal flight to Dubai as there were no documents to prove that the plane had approval for commercial (charter) flight.

It was learnt that the aircraft was meant for private purposes, contrary to the commercial (charter) it did to Dubai.

A top official of the Ministry of Aviation, who explained the matter to our correspondent on condition of anonymity, said, “One of the airplanes under the Air Operator Certificate of one of the airlines flew to Dubai. And there were many issues on the plane. The Dubai authorities did what we call ramp inspection on that plane and it came out with a very serious safety report. The authorities there have escalated the matter to the civil aviation authorities of other countries, including that of the Gulf countries. Unfortunately, the plane was not supposed to do commercial flights aside from the serious safety infractions.”