The Place Of Sex In Nigerian Literature 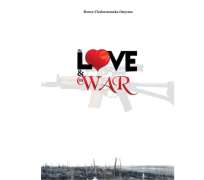 Recently, I was told by a few people who read my debut novel ‘In Love and In War’ that I gave undue and rather explicit attention to bongi. ‘Oh, your story is beautiful; you use vivid imagery. But…’ The reservations were over the unvarnished sex scenes.

It got me thinking. What should be the role of sex in a literary work? Should sex be given a place, let alone pride of place, in a story rooted in the dynamics of a society supposedly as conservative as Nigeria, irrespective of the book’s subject?

It appears that Nigerian writers since the 1990s have come out of their shells in terms of depicting sex in their works. A heartbreaking novel like Chimamanda Ngozi Adichie’s ‘Half of a Yellow Sun’ has enough raunchy vibes to make an impotent guy do unholy things. The author wrote like a woman who understands and cherishes the joys of bongi even against the backdrop of a terrible civil war. Small wonder a reader wrote Adichie after reading the novel, asking her to keep off writing about sex in subsequent books, or if she must depict sex in her works, leave off portrayals that brought out the joys and enjoyment of sex. Any careful reader of Adichie’s subsequent books like ‘Americanah’ will realize that she did not heed the counsel.

But in my book the king of sex among our literary grandees is Naiwu Osahon whose novel ‘Sex Is a Nigger’ clearly outruns Dilibe Onyeama’s similarly titled ‘Sex Is a Nigger’s Game.’ Osahon’s unabashed eulogization of the black man’s phallic prowess is a poster card for sexual revolution on the Nigerian literary landscape. Henry, the protagonist, would have clearly beaten the Italian master of lechery, Casanova, anytime trousers down. Or is it petticoats down? Sadly, Osahon’s novel has been misread as little more than pornography. I wonder if any of my generation of Nigerian writers, including authors of erotica, comes close to this maestro’s depiction of provocative carnality in fiction. Perhaps only Obinna Udenwe’s ‘Holy Sex’ series which was published by Brittle Paper comes close. But unlike Osahon whose storyline was sheer enjoyment of the desires of the flesh, Udenwe’s work, while massively employing the tools of carnality, is a critique of the mischief of our jet set pastors.

Be that as it may, sex serves the purpose the writer wants it to serve in his or her work. It can be the centre of the story. You need not be a literary aficionado to realize the significance of sex in all spheres of life. Many people are wearing headstones in cemeteries because of bongi. Bongi has overthrown governments; even changed the dynamics of heaven if the Bible’s account in Genesis chapter 6 verses 1 to 4 about heavenly beings desiring and taking beautiful earthly women for habitation and copulation is true. To those who give unvarnished place to sex in their writings, be ye not ashamed.

At the same time sex must be respected in art. This has nothing to do with hypocritical morality or even religion and culture. I believe such a beautiful thing should not be debased, and anyone who does so in art will not go scot-free. How? Leave that to the cosmos. Words matter; indeed, all art matters to the cosmos.

Pornography does not necessarily debase sex. But in many cases its end purpose does not go beyond mere burrowing into carnality, even if vicariously. After the mental (if not physical) humping and grunting, nothing else follows. No literary richness on the palate. Anyone familiar with pornography, be it in the written word or visual depiction, knows how strongly prone it is to debasement in many aspects.

Finally, sex in literature should be taken in stride, just as war, giving birth and other depictions of human reality are represented in the word. If bongi tells a story or is the vehicle for a story, let it be told.

Henry Chukwuemeka Onyema is an author and historian. His first novel is ‘In Love and In War.’ He is the creator of the 2 to 4 series on Facebook. Email: [email protected]