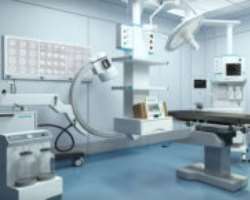 The Bureau of Public Service Reforms (BPSR), has unveiled a coordinating framework for governance of the Basic Healthcare Provision Fund (BHCPF).

Mr Dasuki Arabi, BPSR Director-General, made the disclosure in a statement by Mr Aliyu Umar, Principal Information Officer of the service on Friday in Abuja.

According to Arabi, the objective of the BHCPF is to extend Primary Health Care (PHC) to all Nigerians by increasing the level of financial resources to all services.

“It provides for improved funding of healthcare at the grassroots so that people do not have to travel far to access medical services.

”Other objectives are to enable the states participate in improving health centres through counterpart fund that will enable them benefit from the consolidated funds,” he said.

Arabi said that the stakeholders currently involved in the BHCPF implementation project include; Central Bank of Nigeria and the Ministry of Health.

The director general noted that the lack of commitment on the part of state governments in contributing the 25 per cent counterpart funding made it difficult for them to access the fund.

“Out of 15 states that have fulfilled the criteria for accessing the N6.5 billion earmarked for disbursement via the NHIS gateway, only two have had access as at January, while 58.3 per cent are yet to meet the criteria.

“Record also has it that of Nigeria's 36 states and FCT, only 11 have State Social Health Insurance Scheme (SSHIS) established for providing access to healthcare, which is a critical criterion for the implementation of the Fund.

”By implication, more than 75 per cent of the states are already disenfranchised to benefit from the Fund,” the BPSR boss said.

He gave assurance that BPSR will work with relevant authorities to broker dialogue and reconciliation across the federal, state and local government actors.

He further said that the bureau would also set up working and learning mechanism among the actors, using standardisation tool such as 'Community of Practice'.

“We will work with relevant agencies to facilitate digitalisation of the process involved in the implementation of the fund.

”We will also create communication mechanism and strategy for reporting fund implementation performance,” he added.(NAN)