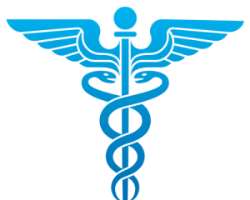 Two Consultant Psychiatrists of the Federal Neuropsychiatric Hospital, Enugu have appeared before an Enugu Magistrates’ Court on four count charge bordering on fraud, forgery and stealing from their late colleague.

The Doctors were dragged before the court on Thursday.

The psychiatrists, Mcdonald Inechi and Kingsley Ugwuonye, were charged with stealing N700,000 belonging to Stephen Ozor, a next of kin to late Obinna Ozor, and forging the signature of the deceased in a purported acknowledgement letter.

The prosecutor, Simeon Eze, said that some time in 2014, the doctors allegedly conspired and stole N1.03 million belonging to their colleague, late Dr. Ozor.

The defendants pleaded not guilty on each of the four count charge before Magistrate S.O, Okoro, Chief Magistrate Grade One in Enugu North.

However, the defence counsel, C.U. Abugu, applied for bail, saying that the matter was a bailable offence.

According to Abugu, the defendants are medical practitioners and staff of the Federal Neuropsychiatric Hospital, Enugu.

The counsel said the defendants appeared in court voluntarily for they were on administrative bail and had never defaulted.

They were granted bail for N300,000 each with one surety in the like sum.

Their surety shall be a civil servant of grade level 16 and shall furnish the registrar of the court with copies of their recent photograph with that of the defendant.