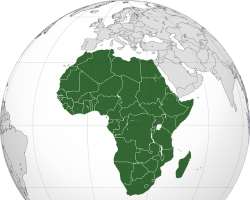 The 2020 global gender gap index report released by the The World Economic Forum is a call to action for the African continent. African countries cannot afford to leave out the female gender in the efforts to address the economic impacts of the COVID-19 pandemic in the continent.

The twentieth century gave rise to profound changes in traditional sex roles, what has been described as the ‘rising tide’, which refers to the rise of more egalitarian attitudes toward the roles of women and men across the globe. However, the force of this ‘rising tide’ has varied among rich and poor societies, and the challenge of gender inequality persists in the twenty-first century, with third-world countries in Africa and Asia experiencing the worst disparities between men and women. There is therefore a need to adopt more aggressive measures in the bid to entrench gender equality across the globe.

The COVID-19 pandemic has had a negative impact on the global economy. The economic impacts of the pandemic have been acutely felt in African countries, where there have been sharp declines in productivity, jobs & revenues. The World Bank’s Africa’s Pulse report notes that despite a late arrival, the COVID-19 virus has spread rapidly across Sub-Saharan Africa and will likely drive Sub-Saharan Africa into its first recession in 25 years, with growth potentially falling as low as negative 5.1% in 2020. The decline will be primarily due to large contractions in South Africa, Nigeria, and Angola driven by their reliance on exports of commodities whose prices have crashed as well as other structural issues. This economic crisis will further push millions of households into poverty. Food security on the continent will be seriously impacted because of trade disruptions, lower agricultural production and fewer food imports. Therefore, the need to develop gender inclusive policies becomes very important in developing strategies that addresses the economic impacts of the COVID-19 pandemic in Africa.

The World Economic Forum affirms that gender parity is fundamental to whether and how economies or societies thrive. Thus, the 2020 global gender gap index report released by the forum highlights the growing urgency for action in Africa. While the report acknowledges a gradual closing of the gender gap in terms of labor force participation, these has yet to translate as expected to gender parity in the workplace. Although more women are now engaged in full time formal work because of increased access to education, women still face a range of obstacles in the workplace which prevents them from realizing their full career potentials. Some of these obstacles include, wage disparity, inadequate maternity leave, sexual harassment and slow promotion to top managerial positions. According to the report, at the current rate of change, it will take nearly a century to achieve parity. The report specifically states that it will take 95 years for the gender gap to be closed in Sub-Saharan Africa, 140 years in North Africa, and reiterated that these timelines are unacceptable in today’s globalized world, especially among younger generations who hold increasingly progressive views of gender equality.

According to the global gender gap index report for 2020, across the four sub-indexes of health, education, economy and politics, the political empowerment gap recorded the largest gender disparity. Only 24.7% of the global political empowerment gap has been closed in 2020. The negligible number of women holding political posts in many African countries exemplifies the barriers confronting women in public life. Rwanda has clearly taken the lead in the continent, through its affirmative action declaration, which ensures that women are adequately represented in governance. Thus, the onus is on policymakers and other stakeholders in Africa to prop up policies and practices that will encourage gender equality.

At the global level, the United Nations has also taken steps to encourage states to recognize women’s rights through the Convention on the Elimination of All Forms of Discriminations against Women (CEDAW), adopted by the UN General Assembly in 1979 and subsequently signed by over 165 countries, including several African countries, among other initiatives. However, many signatory countries to these initiatives failed to domesticate these international conventions, which clearly show the substantial gap between the recognition of de jure formal rights and actual practice. This challenge can be substantially addressed in the African continent if countries commit themselves to imbibing culture change.

Cross-national comparisons indicate that countries ranking as most egalitarian include some of the most affluent in the world and vice versa. It is therefore important for policy makers to put policies in place that will ensure that women in Africa enjoy the same kind of economic, social and political opportunities that men enjoy, which will ultimately lead to economic growth in the continent. This is particularly important in the face of the economic impacts of the COVID-19 pandemic in Africa.

African states must be encouraged to imbibe culture change, as the prevailing culture in any society is vital, because it influences the perceptions of appropriate division of roles which can lead to the consolidation and reinforcement of gender equality or otherwise. I therefore suggest that promoting culture change along with the enactment of legal-institutional reforms represent a long term comprehensive strategy to promote gender equality and close the gender gap in Africa. This will go a long way in reviving the fortunes of a continent that has been described as the limbo of the international system, and continues to suffer from numerous internal and externally induced crisis, excruciating poverty, insecurity, gender inequality, and underdevelopment, despite local and internationally conceived development initiatives aimed at addressing Africa’s well-publicized problems.

Conclusively, as the third decade of the twenty-first century commences, there must be concerted efforts from all stakeholders to address gender inequality in Africa. Corona virus has changed the face of the global economy and left may countries facing difficult choices. This is a critical moment for Africa’s economic growth, and women have a vital role to play. In order for this to be effective, women themselves must be at the forefront of the quest for gender equality in the continent, by kick starting the drive for culture change through mass sensitization of the womenfolk as well as the larger society. This will also include the mass mobilization of women’s movements and the provision of broad support for public policies that reinforce, consolidate and accelerate the process of gender equality.

Babajide A. Tella, a doctoral student of Politics at Howard University, USA can be reached via [email protected]