Analysis: The Resignation of 365 Soldiers from the NAF 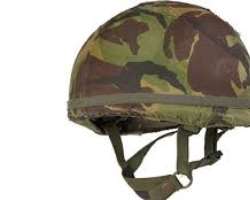 The news that 365 soldiers resigned from the Nigeria Army this week is one of the bad news coming out from the camp of the Nigerian Army. About three or four weeks ago, it was reported that Boko Haram insurgents killed some soldiers in a reprisal attack at a village in Borno state. Although the Nigerian Army has denied the news about the voluntary resignation of 365 of its men, lawmakers in the Federal House of Representatives had said they would launch an inquiry into the news in a bid to substantiate the true nations of things. But beyond this, there are some things that should be considered in this matter.

The Nigerian military has come into news for ignoble reasons. Some weeks ago, there was a viral video of a soldier objurgating the Chief of Army Staff, Lieutenant General Tukur Buratai and decried his leadership of the Nigerian Army. The man and his wife was said to have been arrested following his dismissal from the military. Before that, sometimes in 2019 there was an audio that went viral of soldiers bemoaning their non-payment of salaries. When you take the words of these disgruntled soldiers are taken into cognizance, the resignation of 365 soldiers wouldn’t be a surprise. About 400 were reported to have fled to Cameroon in 2018. It shows that the soldiers are not happy with the way their welfarism is handled by the Nigerian military, show how demoralized many of the soldiers have become, and it further shows the Nigerian Army is embattled and needs saving from itself.

These soldiers whose welfarism is neglected are not oblivious of the humongous salaries and allowances of legislators who are experts at bickering instead of legislating and also see how the men in the top brass of the Nigerian military don’t suffer what they suffer. They have also seen how some of their fallen colleagues were treated with disdain, the most indignant being the victims of Metele attacks on November 18, 2018. Apart from the military hierarchy disputing the total number of men killed in a bid to save the public image of the military, the burial was rather shameful. They were buried as if they have died for nothing.

When people decide they don’t want to be doctors or engineers but chose to fight for the territorial integrity of their country, this type of undeserving treatments have demoralising effects on the concerned. When you put your life on the line for your country and you’re rewarded with unpaid salaries while you read of how politicians enrich themselves at the expense of the country, know that poor military intelligence puts your life and purpose at risk and also watch your fallen colleagues sent to the world beyond with utmost disdain, you cannot but be uncommitted to a cause such as national security and voluntarily withdrawing your service to save yourself.

The fact that the Nigerian Army is underequipped is even a more disturbing issue. This puts them at a disadvantaged position against the insurgents. Unfortunately, it had been like that for a long time. Since the battle against insurgency has started in 2009, it is as if the soldiers were systematically been pushed to die in the guise of fighting for their country. Yet billions of naira is budgeted for security every year. One could therefore wonder what gulped the money if they are not used to improve the military arsenal. Modern warfare against insurgents is now fought with high-tech weaponry many of which the Nigerian army for some reasons don’t have. The fact that the soldiers continue to go to battle against the insurgents and watch some of their comrades-in-arms die almost like an unarmed man is enough to demoralise them and prompt as many as 365 soldiers to resign at once.

The way the soldiers are sent out daily to fight people with better weapons is like sending a man with a cutlass to fight a man with a gun. These are not the days of David and Goliath when a young boy killed an armoured giant through divine providence. I am not sure the level of morality in Nigeria qualifies us to enjoy that sort of divine providence in the fight against Boko Haram. As the spate of attacks on military camps is increasing, it points to one thing – going to a battle against an enemy that is well equipped with sophisticated weapons of war would only lead to an easy defeat in a way that will make it look like you are not committed to the battle.

If you are prosecuting a war and you don’t have enough weapons in your arsenal to match that of your enemy, defeat is inevitable. And when as a soldier you are aware that the men charged with equipping you and making your job easy have failed to do so thereby leading to strains of defeats by your enemies, it is enough reasons for you to get dispirited. After all, you are the one doing the fighting not your ogas at the top and you bear the brunt more than the men giving orders.

Thus, when the Chief of Army Staff, Lieutenant General Tukur Buratai said men of the Nigerian Army are still encouraged enough to take up arms against Boko Haram insurgents, it is more of him defending himself and other security chiefs who have constantly been under public indignation since their appointment in 2015 than him saying the truth about the true nature of things. The resignation of 365 soldiers in a week from an army that has complained of being understaffed in recent times shows that the soldiers are not happy. Apart from the President, the security chiefs themselves and their sympathisers who don’t see any reason why they should be fired, several other Nigerians would be pleased to have the heads of all the security chiefs on a spike as reparation for their shameful performance in the fight against terrorism.

These days, the words of Lieutenant General Tukur Buratai should not be taken seriously as he appears to be talking with both sides of his mouth. The same man that said this week that the soldiers were encouraged to keep up the fight against insurgents even as the Nigerian Army now struggle to salvage its reputation in the public, is the same man that said the soldiers at the frontline of the battle against Boko Haram were not committed to fighting the insurgents shortly after he praised them for decimating the insurgents in June 2018.

The implications of this type of news coming from the camp of the Nigerian Army are far-reaching. Apart from the fact that it would decimate the public trust in the Nigerian Army and accentuate the existing outcry that the service chiefs should be fired, it would also mock the Nigerian military for its ineptitude in prosecuting a successful war against insurgents and further call to question poor welfarism in the military that. Also, the soldiers who now must have heard about the voluntary withdrawal of 365 of their comrades-in-arms would be discouraged and some would even contemplate following suit before they also become victims of the poor handling of Nigerian military. This type of news could also dispirit some of the young men that are aspiring to join the military. Nobody wants to be part of an organisation where 365 of the members could throw in their hats when they have done nothing wrong other than taking up arms for their country.

Therefore, men at the frontline of battle needs encouragement more than ever before to keep the war against insurgency going. That encouragement includes procuring modern weapons of war for the military so they could prosecute a successful war in the protection of the country’s territorial integrity. Without improved weaponry and matching sophisticated weapons of war, it would be hard for the Nigerian military to fight against the insurgents who now enjoy the support of ISIS West Africa. Failure to equip the military arsenal and expecting a good show against insurgents would not only remain a mirage at best, we could also see some soldiers opting out of service to the nation they swore to protect.

The welfarism of the soldiers should also be improved upon to boost their morale. That should not be difficult for people who don’t think about their lives when they go to the battlefront to protect others by exposing themselves to danger. They need to be ensured that fighting for the country is not an offence and that when they die doing that, it wouldn’t be as if it was for nothing. They should not be told to lead, follow or get out of the way.

As it is now, we could only pray and hope that more men wouldn’t turn in their resignation letters because they were no longer convinced about the reasons for which they agree to take up arms in the first place. Indeed, the Nigerian military needs saving and if it needs being reiterated, all the service chiefs should be fired for failure and maladministration of military activities in Nigeria.