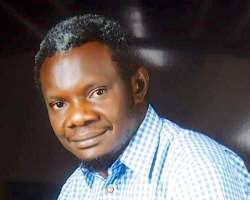 The people of Ezza South/Ikwo Federal Constituency have said that Hon. Chinedu Ogah, member representing the constituency at the National Assembly has shown enough commitment in infrastructural development, especially in the area of road construction, as well as construction of many bridges across different communities of the area.

The constituents who made this known in an interaction with newsmen said that the holistic approach of the Federal Law Maker towards poverty alleviation and eradication of unemployment to achieve rapid development of the area clearly indicates that Ogah is the answer to their prayers overtime.

They noted that Ogah’s ideology of development, empowerment and unemployment eradication is currently yielding dividends as he has gone as far as influencing the employment of the constituents into federal jobs.

According to Igwe, the major landmark achievement of Comrade Chinedu Ogah in the area in recent time is the construction of a notable bridge at Atakata Kingdom in Inyimagu ward 2 of Ikwo council area of the federal constituency.

She recounted that many villagers had lost their lives and valuables to water in the area until Chinedu Ogah came to their rescue.

“The people of Atakata Kingdom have lost several lives in this lake during each raining season and our people who travel back home do not find it easy because they don’t normally have the capacity to cross the lake when flooded with water which makes them to leave their vehicles and valuables on the other side of the lake.

“Our people practically lived in pains and fears during raining periods because of the lake, but with the construction of this new bridge by Hon. Ogah, our people can live without fear during the rain”, she stated.

Just recently, the people of Amajim Ameka in Ezza South council area of the federal constituency rolled their drums in jubilation arising from a bridge constructed for them by the honourable member, Comrade Chinedu Ogah, OON.

It should be noteworthy that the federal law maker had completed Ndufu Alike, Ndufu Echara, Inyimagu, Agubia, Ameka and Amudo bridges in both Ikwo and Ezza South council areas which he represents

Also speaking, Dr. Bernard Nnabu from Ezza South Council Area noted that Ogah has no doubt brought succour to life in the area and prayed that God should continue to grant him the wisdom and enablement to continue to alleviate the sufferings of the people.