This Is Why Some People Are Defecting To Nrm Ahead Of The 2021 Elections! 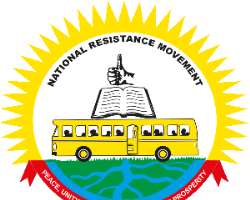 It’s not surprising that some people are defecting to NRM before the 'scientific' elections organised by the chairman of the NRM, with an EC headed by Justice Simon Byabakama(NRM cadre). This is Mr.Museveni’s chance to weed out any opposition candidates that have been causing him headache for a long time and rewarding most of those sympathetic to him. There will be nothing like safe seats in the 2021 elections apart from, obviously, the presidency. For instance, I would not be surprised if the Lord Mayor Erias Lukwago, Hon. Beti Nambooze, et al, end up losing to surprise candidates from nowhere.

Museveni will definitely have a supermajority in the next parliament and a qualified majority in the local elections (LC1 to LC5). Anybody standing for MP and he has a good relationship with the president will definitely go through. This explains why there’s a lot of defections to NRM at the moment, because politicians know that, without rallies, it will be easy for Museveni to decide who wins and loses.

There won’t be a spoiler in the presidential elections among the opposition candidates, as some People Power supporters keep alluding to it that other candidates will spoil the performance or success of Bobi Wine. However, I can see Bobi Wine being given a better % at the end of the electoral process to make it look like he’s done better than Besigye’s first time, and to keep the hope among his supporters that elections will, eventually, remove Museveni and NRM from power. It will be a mistake for Museveni to embarrass Bobi as he did with Amaama Mbabazi in the 2016 elections by giving him 1% (132,574 votes) despite the crowds the latter was attracting.

The game plan for opposing political parties must be beyond 2021 elections. There is no need for unity for purposes of elections, anymore—that train has left its station, already. Any party that unites behind a certain candidate now risks going into smoke after the 2021 elections. Every party should use presidential elections to sell themselves to the grassroots. As such FDC, which is the biggest opposition party, have five choices:

1- Persuade Dr. Kiiza Besigye to run as a presidential candidate again. This will help them to reawaken their support on the grass roots, since Besigye is already a home brand out there. Unfortunately, Besigye will only have to do this by appearing on various radio and TV stations, rather than doing rallies due to Covid19 guidelines. He could use these programs to sell his ‘defiance’ again, which was derailed by the coming of Bobi who has spent the last three years selling elections to the public. FDC has been weakened by the coming of Bobi and the formation of ANT by Mugisha Muntu.

2- Front a new face as a presidential candidate. This could be a problem considering the kind of elections we shall be having, and the little time left.

3- Not taking part in the elections.
4- Mass mobilisation of people to remove the Museveni government.

5- Negotiating with Museveni not to come back in 2026.