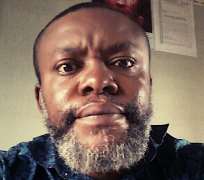 There is a condition in Neurosis known as Obsessive Compulsive Disorder (OCD in short). It is made up of various subsets including Attention Deficit Disorder (ADD). The beauty of Neurosis is that sufferers are still in active touch with reality. However, the conditions they suffer bear great degenerative tendencies, especially against others.

For instance, for one who suffers Attention Deficit Disorder, there is always an overt show to court attention at all cost. For whatever reason he perceives a drop in the stream of attention flowing to him, he feels like a Shark lost at the banks of the waters.

If the purpose of his recent outbursts were altruistic, as has been painted by Mr Chuma, one would expect some level of circumspection in the overall interest of the filial relations purportedly existing between him and the Anambra first family. First, this whole episode is not about the good people of Ogbunike. I will tell us why.

Neurosis are generally seen as "Disorders" because sufferers or patients of the condition exhibit disorderly attributes. They defy convention, breach protocol and abuse norms. In the case of Chuma, he is skewed towards clout chasing, this is why he empties all about his bogus life achievements on Social media. He is generally insecured and derives some degree of closure from public validation in the form of attention.

To get this, Chuma spares nothing for tomorrow. In one of his recent open trite pieces, he whittled the efficacy of some noble infrastructure established by the same Government he now disparages. When he derided the court buildings in Ogbunike as some smear infrastructure that negatively defines the people of Ogbunike as "Litigants" I smelled the coffee. When he further mentioned that the public toilet built by "his sister" creates a wrong perception about ndi Ogbunike, as "people with diarrhea", I shut down and knew Chuma was out for everything but public good.

Relative to other towns in Anambra, Ogbunike has for the first time benefited in road construction:

Oyeolisa Road, Kisa Bridge, Ogbunike High Court and Magistrate Court road were all built by the Obiano administration. Not to mention countless appointees.

Today, Chuma has suddenly picked on Ogbunike Cave. Who knows, it may just be another project, if completed, that will wrongly pass off ndi Ogbunike as "fetish people who live in caves". Then Chuma would switch to another attention seeking venture.

I don't intend to pitch against a man on a turf he is most familiar with - seeking for attention at all cost. One thing is certain, Chuma, not Ogbunike, needs help. Sadly, for a man who openly objectifies women, paranoid over inanities with a crude understanding of what governance means and entails; only the gullibles would spare him and his contrived advocacy a second thought.

Finally, if Neurosis is a psychological disorder, and Attention Deficit Disorder, paranoia are all subsets of neurosis, then someone needs an urgent session at Nawfia, not Agu-awka.