Baba-Inna, Daura & Why It Appears Magu Will Only Get The Boot If Indicted 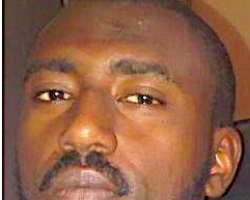 Let the facts speak for themselves-Was President Buhari aware of a DSS report indicting embattled EFCC boss, Ibrahim Magu of hobnobbing with criminals and even living in a N20M per annum house they paid 2 years for?. Yes, he was. Was he also aware that the Police Service Commission found Magu guilty in 2010 of offences including withholding and unlawful removal of EFCC files?.Yes, he was.The DSS at that time was headed by a kinsman he brought out of retirement, Lawal Daura and their findings were made known to the senate when Magu's name was brought for confirmation as Chairman of the EFCC. Magu was not a known associate of Buhari prior to 2015 like Lawal Daura was and the million dollar question is why did Buhari insist so much on having such a man as head of the EFCC and even go to war with the senate over it?.

Only one answer appears plausible-Buhari needed a man like Magu for what he had in mind. There would be no courtship stage to be sure of what he would or would not do, a man with such 'proven' antecedents will hit the ground running. Magu's nemesis from what some sources say, stems from an altercation he had with the Attorney General of the Federation, Abubakar Malami SAN and his subsequent refusal to go and lobby Buhari to ensure Malami doesn't get him to act solely on his version.

Malami was able to convince Buhari that Magu had grown too much wings and even when he wrote a recommendation that he be fired for corruption, Magu didn't try to meet Buhari then or after. As a matter of fact his first response was to leak a letter from the Ministry of Justice (Malami's office) requesting the ICPC, EFCC, DSS and the Police to stop investigating the Managing Director of Nigeria Incentive-based Risk-Sharing System For Agricultural Lending, Aliyu Abdulhameed for a N1bn fraud. Abdulhameed is also being accused of fraudulently awarding a N2bn ICT contract to his son.

Make no mistake about it, Buhari and Malami knew perfectly well who Magu was maybe with the exception of his stubborness. He fitted into Buhari's plans till he felt he shouldn't be bossed around by the AGF and didn't care what the President thought about that.

Now Magu has been held way past the constitutionally stipulated 48 hours without any court order granting the authorities any power to hold him past that; only being ferried to face the Presidential panel and back to police custody. He is hesitant about approaching a court of law to demand his release because it would appear confrontational and disrupt his chances of getting a soft landing. He has also not had any of his cronies leak anything to the press and all that may in the end prove a very wise call.

The Buhari administration has a reputation for threading cautiously with friends it decides to turn its back on. There is the case of Sani Baba-Inna, Aisha Buhari's former ADC who was accused of defrauding people of N2.5bn in her name. His family confirmed what many suspected to be the case when they told popular activist, Deji Adeyanju that they knew he stole her money and that he had been a front for her, even buying a house in Abuja for one of her daughters. Baba-Inna was handed over to the police about 2 years ago and till date, has not been prosecuted in court.

As a matter of fact, no one has heard anything since and that is likely due to either the man having a story they don't want told or them having a troublesome conscience. There is also the case of former DSS Chief, Lawal Daura, the man under whom the damning report on Magu was prepared en route his rejection by the senate. Questions started being asked of Daura when proof that he was listed as an APC committee member prior to Buhari being President became public.

There were also the suspicions that he was helping Buhari carry out a fulani supremacist agenda when his DSS announced that 5 fulani corpses had been found in a forest in the east and that they were kidnapped and killed by IPOB members. It is really saying nothing out of the ordinary to say that no security agency talk more the secret police would make such remarks publicly without having apprehended the culprits. Why were they looking to start trouble?.

First, how did they know the buried corpses they unearthed were fulanis?. Secondly, how did they know the IPOB was responsible?. Weeks later, heavily armed herdsmen attacked Nimbo town in Enugu and killed 46 people. Daura was Buhari's right hand man and when he shut down the national assembly which was locked in a bitter feud with the presidency, it was obvious on whose orders he was acting. That lock down had foreign countries scared and Buhari who was in the UK at that time for treatment was feeling the heat like his Vice and then Acting President,Yomi Osinbajo who was being beseiged with calls and visits by envoys of countries who were scared a coup was taking place.

Daura was made to take the fall and despite being handed over to the police 2 years ago, he has still not been prosecuted. Like Baba-Inna, nothing has been heard ever since though there have been a few rumours of him now living overseas with some members of his family. Buhari's handlers ridiculously tried to insinuate that he was working with then Senate President, Bukola Saraki to give the Buhari administration a bad name.

The thing is just weeks before the invasion, the entrance of Saraki's house and that of his deputy were blocked by the DSS and police. Buhari couldn't claim to have suddenly woken up to Daura's excesses just like he can't claim not to know what Magu was capable of. He saw his record and decided, infact insisted that he needed a man like Magu to work with.

Judging from the treatment of those that have helped do their dirty job have gotten, Magu may end up with just a sack if indicted or worst case, be remanded in police custody till he is secretly let out when everyone has forgotten. Under Buhari shame has left us.

Umar Sa'ad Hassan is based in Kano - Twitter:@Alaye_100 - Email:[email protected]