Nigeria is pretending to be asleep 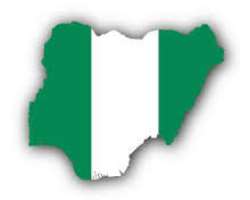 I had closed my eyes in sleep some nights back and I saw a vision of an experienced President the man I saw had seen the good and also the bad, a man with both experiences that would have been able to guard the Nation against itself.

Such that we would have been on the course of building a new political edifice, one that would be truly Nigerian. A system that works and is suited to our needs, and also capable of improvement based on our experience.

In that dream a group of young Turks, academics, technocrats, and experts, talakawas midwife it, we had the belief a political arrangement that is tight enough to contain stress and strains, but at the same time eradicate the ready vehicle for personal dictatorship and despotism would emerge.

Sadly that dream gave the impression that Abacha having left the scene and with a terrible past, with PDP having thrown away plenty goodwill, our leaders would use past political experience as a rational digest to start all over, the right way with an ideology that would be a business of open-mindedness to change, thereby allowing our political edifice to grow and develop with a strong virile opposition.

But how can? For most of us who were awake while I pretended to be sleeping my dreams were a mere mirage at best a photocopy of what should have been the original.

An enviable Arewa, Afenifere, Biafra, Niger Delta, in a strong and stable, united Nigeria devoid of the thieves we have today, but oh, how cruel life can be, all that I said was in a dream. In that dream I saw us as a secular Federal Republic of National Independence, without all these Paris, London and Beijing or Moscow lending crooks breathing on our back, controlling our President like my last son does with the TV remote when three classic matches are being played.

In that dream we had a home made political system not the crooks in PDP and the emergent and invented crooks in the APC, and other confusionists in other clubs called political parties. I saw a nation that had a self-activating economy, I did not recall sighting a corruption czar accused of being corrupt in any form.

The dream was that in which the political system was a two-party system, where both parties were people’s parties securely insulated from the cash-power of both domestic and foreign business, on the alternative, I recall seeing a one party system with multiple party candidates and independent candidates at elections. At no point did I see the current Ali Baba and thieves wanting to take over from another set of foolishness and government bazaar stealing goons, I did not see a team of 96 year olds playing Brazil in the World Cup, I saw a nation that had better leadership to offer. I never saw PDP or APC as such sights would only be seen in a nightmare.

The national ideology that appeared in my dream is national patriotism, a nation built on a solid foundation (unfortunately Nigeria is not). This foundation was literally, planned from the people, by the people, for the people. The Nigeria we live in is unfortunately an accident of passion. Lady and Lord Lugard while having foreplay thought up Nigeria for administrative ease.

In my dream an Igbo man was distinctively Igbo, same applied to my kith and kin that remained proudly Hausas, Fulanis, Beroms, Tivs, Urhobos, the Yoruba man remained such whether he be Ijebu, Egba, Ara oke or Ara isale. And that one was Igbo did not necessarily mean that the Hausa or Yoruba was his enemy.

Sadly this was a dream because in reality Nigeria was established with the diverse ethnic build as a tool for disability rather than strength, and the mistake we call leadership has continued to exploit it to and for their selfishness and ‘sellmeatness’ as long as the greed, power, money are proportionately equal to their mad ego.

In my dream the land called Nigeria belonged not to Nigerians rather to the different ethnic entities that make up the nation and all lived in an appreciable level of peace and harmony. In that dream no one was forced to be Nigerian, no one lost his/her identity, like today everyone wants to wipe off their identity and just be called a Nigerian, sadly this is not possible because the word Nigeria has no meaning even when it had or the little meaning it had, the various strands of hushpuppies are bent on spoiling it, PDP has disgraced through the caliber of morally deranged and insane men in their ranks. APC are bent on breaking every record set by PDP.

That dream had a Yoruba Nigerian, Hausa Nigerian, an Ijaw Nigerian, Isoko Nigerian, Igbo Nigerian, and all sorts of Nigerian all living happily there, here and after like in the lion and sheep in those colorful Jehovah Witness Awake magazines. It was simply a beauty to behold, a people’s patriotism, not a presidential dictatorship and a party’s despotism and colonialism of its own people. Alas in real life Mr. Buhari, APC and cohorts came, they saw and they are destroying at breakneck speed that is why we are where we are.

My dream saw a citizen oriented armed forces and police politically monolithic in terms of the national ideology, not the type that fought themselves and left crime on the prowl. Not the type that went on strike, borrowed arm robbers their uniforms to perpetuate crime and harassed innocent conductors and kabukabu drivers and motorcycle riders for 20Naira.

A moral code, covering private, public life, and entrenched in the constitution, the code which is animated by the national ideology, and distilled out of traditional Nigerians mores, Sharia code and Christian ethics. But na dream, you do not build castles in the air, so I woke up to find the likes of "if you know, you know", state criminals that get hero’s welcome by their kinsmen and hold thanksgiving services for looting the nation dry.

I saw a pot bellied thieving Ministers, who after disgracing themselves still shamelessly talk.. I kept having real nightmares of governors who bought heaven on earth in the name of mansions at least hence they know hell is their destination they might as well enjoy what earth has to offer. Governors who bleached their skins with their wives and slept with their Commissioners’ wives and ordered the assassination of the cats belonging to their political rivals.

Politicians who observed due process in the golf course with a can of Heineken beer and their daughter’s classmate playing with their chest hairs and they smiled away the destinies of future generations. Haba God are you there, do I continue to sleep?

The more I slept I realized that there was a great difference between illusions and realities, I knew I was only pretending to be asleep, because how could I be asleep when PHCN or is it NEPA, DISCOs or is it GENCOs are charging for products it does not give. I felt saddened by the illusions of our leaders and the realities which they refuse to face and tackle...I saw comedic conmen and these days women at the hallowed chambers earning fat COVID19 figure remuneration that look like 9jabet figures to the uninitiated for doing nothing.

I laughed at the folly of our so-called economic experts lying about everything as the Naira continued her freefall…Chineke Eledumare, Allah biko save us from the mistake that has been our fate in the name of leaders and system of governance, should this nightmare cannot continue—only time will tell.