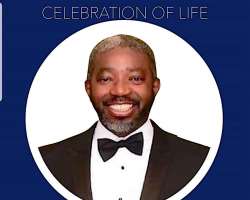 Since the announcement of the untimely death of Mr. Ambrose Nwadike, tributes have continued to pour in from all around the world from his family members, school mates and professional colleagues. His passage occurred in London on June 9, 2020. Ambrose lived for 19 years in The Netherlands where he made a name for himself in the Telecommunication industry and later was relocated to Africa to start Celtel mobile in Nigeria.

In a tribute by his cousin and President of the Nigerian Association of Movie Producers of Nigeria, Mr. Ralph Nwadike, he describes Ambrose in these words, “He was a world class Telephony Specialist. He was the shining star of the Nwadike's family. He was our Son, our brother, our cousin, our uncle and a wonderful father that loves his children with passion.’ On the 9th of July 2020, a joint memorial celebration was organized by the family and friends in the United Kingdom and The Netherlands with hundreds of people paying tribute via a live YouTube channel to Ambrose for his great contribution to the advancement of humanity. Everyone from his primary school mates to friends at Lagos State University where he graduated with a degree in Chemistry spoke of Ambrose as an ambitious man who was not afraid to take risks in life.

He rose to the pinnacle of his professional career and his passion for music and sports never ceased. He was a die-hard fan of Tottenham Hotspurs and loved Nigeria National football team

Friends and well-wishers are still encouraged to visit the YouTube Channel: “Ambrose Myles Nwadike”. If you click on the Discussion button, you can still leave a comment on your experience with Ambrose as well as a short video if you wish. Ambrose will forever be missed but he forever lives.

The physical remains of Ambrose Chukwuma Myles Nwadike was laid to rest in Surrey, United Kingdom in a private interment a few hours ago. May His soul respect in perfect of the Lord In 1984, he was admitted as one of the pioneering students of the Lagos State University (LASU) where he graduated with a BSc in Chemistry in 1988 at the age of 18.

He also obtained a Masters degree in Business Administration (MBA) from Kingston University in the United Kingdom, class of 1996 and also attended the Haarlem Business School in The Netherlands with MBA degree.

A member of the LASU Pioneer Graduation Class of 1988, Ambrose was until his death a Telecommunication Industry expert. He was a people oriented person known on his job and outside his job. Many remembers him for his writing skills as was displayed in "The Coloured Pictures", a photo centric Magazine founded and published by our late Brother, Ambrose. His publication was focused at sharing African cultures and traditions with host European countries. During his many travels, he comes up with beautiful African story telling pictures and he thought it was not good enough to keep them in his archives; he decided to publish them in a stylishly designed. It was a great joy and pride to the African and international audience with the gift of Coloured Pictures Magazine.

Ambrose was a near perfect loving father to his two wonderful children, Demi, recently turned 18 and Alex, our future football star.