The Power of Weak Ties in Social Relation 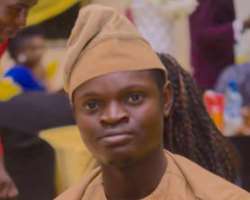 Weak theory is a proposition that acquaintances are likely to be more influential and important than close friends in social networks. This proposition was first made by Nick Granovetter in 1973 in an article titled “The Strength of Weak Ties” which was about the spread of information through social networks. At the time, he was a PhD student at Harvard. When he wrote that article, social networking was entirely done in a physical gathering and people need to meet face-to-face before they could socialize. About 47 years after he wrote that article, social networking has evolved significantly.

With advancement in technology, social networking is now made easy. As a result, people are now connected to one another like never before in the history of the world through social media such as Facebook and Twitter. People transact virtually without converging in a boardroom and share ideas without calling for a roundtable meeting. Information are exchanged between people that are thousands of miles apart and it felt like they were sitting next to each other. Such is the beauty of the modern world. People no longer need to know each other physically before relating with one another.

According to Granovetter, there are three types of social relations. The first is the one you have with people that are close to you. They include friends, families and colleagues. People in this category are the ones you spent most of your time with. You often hang out with them and you know a lot of things about one another. You have a lot in common and your beliefs are hinged around the same thing. You also most likely have a lot of connections in common with these people since you interact with them almost on a daily basis. This is what psychologists call strong tie.

There is also a type of relationship or connection that is expected to exist between people that might be interested in the same thing. For example, one might expect that two people that favour acting as the lead cast in action movies would be connected because they do the same thing in the same type of movie genre. But when they don’t have any connection, it means they have an absent tie. Absent tie is the second type of social interaction. But through interaction, absent ties could blossom.

The third type of social relationship is the one you have with people that you know but are not very close to and you do not have a lot of connections with. Sometimes, you have friends in common and you are tied to them through your mutual friend. Most of the times, you and your friends have the same information, hangout in the same place and also hear and know almost the same thing. But your acquaintances that are your weak ties often have information you are not privy to and they hear and know many of the things you don’t hear or know about. In some cases, they are people that owe you favours. These people are the ones you talk to once in a month or whenever your paths cross. You and your acquaintances are like the two sides of a coin which are similar in outlook but are not the same. This third type of social relationship is called the weak tie.

Weak ties have been discovered to be very important in social relation. People that form your strong ties, as I have said, have a lot in common with you. Thus, they are less likely to carry new information or perspectives to your circle. That is expected since many strong friendship is often built on a number of similarities in perspectives and beliefs between the people involved. Strong ties are sometimes restricted in the areas of news, information, and ideas they shared since people naturally seek out information and ideas that support their perspective and beliefs.

Weak ties are almost everything your strong ties are not. A larger social network including a numerous weak ties is likely to challenge everything you believe and disagree with your perspective on issues. With weak ties comes an increased flow of ideas, revenue generating opportunities, cost-cutting strategies, recommendation for improved productivity, enhancement and improvement in product development. The strength of your weak ties can substantially affect your interactions, outcomes and general wellbeing since people that form your strong ties are people that often people that knows virtually the same things as you do. It is your acquaintances that know what you and others in your close-knit group do not know and have the connections that neither you nor your friends know about. In other words, they oftentimes have greater access to the most important ears and mouths in the society more than you or your friends.

As Mark Granovetter wrote, “Individuals with few weak ties will be deprived of information from distant parts of the socials system and will be confined to the provincial news and views of their close friends. This deprivation will not only insulate them from the latest ideas and fashion but may put them in a disadvantaged position in the labour market, where advancement can depend …on knowing about job openings at just the right time.

“Furthermore, such individuals may be difficult to organise or integrate into political movements of any kind…While members of one or two cliques may be efficiently recruited, the problem is that, without weak ties, any momentum generated in this way does not spread beyond the clique. As a result, most of the population will be untouched.”

Without weak ties, there would little or no interaction between communities. Through weak ties, communities are connected are connected with one another. The people that serve as the link between people are called bridges. Each person would be limited to information in his local environment and that could easily translate to missing out on global system of things. The disadvantage of this is that people are limited to ideas and trends that did not originate within their community. When that happens, people are restricted in their outlook.

Social relationships with people you have little connections with improve the quality of exposure and you are opened to varieties of ideas. If you think everything you have seen or heard within your close-knit circle of strong ties is all there is to know, then you are both blind and deaf. For there is more to see than all you have ever seen and there is more to hear than all you have ever heard. If you are contented with all you have ever heard or seen and didn’t want more, then you are simply a being that has eyes but could not see and has ears but could not hear. It is through the weak ties that you will see or hear many of the things you would otherwise never see or hear. Weak ties are often the means through which ideas that started among a group of friends spread to other members of the society. Your weak also give you access to social networks where you don’t belong and they are as influential as your close friends, if not more influential in putting in words for you.

Now, wisdom is rare and is therefore not found in most people. This means foolish people outnumbered wise people in the world. So, if you boast of having a lot of friends, it is either you have a lot of fools as friends because foolishness is common or you have taken everyone you have a social relationship as a friend because you don’t understand the dichotomy that exists between friends and acquaintances. Everyone you know cannot be your friend. Therefore, it is better you know what qualifies people to be your friend and what qualifies them to be your acquaintances.

Hence, the type of people you keep around yourself is a reflection of the type of person you are and the quality of life of those around you would determine how far you would go in the journey of life. Instead of going about parading many people as friends, strive to stay connected to the right people instead. To get better in life is therefore dependent on the value you place on people and your relationship with them. Yet, this would not matter if you don’t have quality thinking and strong character.