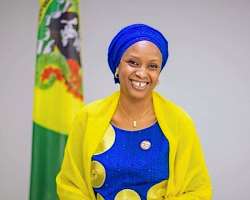 The Nigerian Ports Authority (NPA) has become the latest agency of the Federal Government to be embroiled in lopsided appointment scandal as some of its staff have raised the alarm over the disproportionate appointment of General Managers in favour of the northern part of the country in clear contravention of the Federal Character Principle, which is enshrined in the 1999 Constitution.

The Federal Character Principle seeks to ensure that appointments to public service institutions at all levels reflect the linguistic, ethnic, religious, and geographic diversity of the country to check the problem of inequality and marginalization that has led to the lopsidedness in the country.

Findings by SHIPS & PORTS reveal that at present, NPA has 23 General Managers/Heads of Departments out of which 17 are from the north while only six are from the southern part of the country.

General Managers in NPA are Grade Level 17 officers who head the various departments in the organisation. They report directly to the Managing Director or to an Executive Director as the case may be. They oversee the implementation of policies and serve as communication link between the Executive Management and other workers of the organisation.

The only General Manager from the South West is Mrs. Eniola Williams (Lagos), who heads the organisation’s Corporate and Strategic Planning Department.

An NPA staff serving in the Office of the Managing Director said it appears there is a systematic and deliberate attempt by the management of the agency to “keep southerners away from heading some departments for reasons known to them”.

He said as a result, when a GM of northern extraction completes his tenure, he or she is likely to be retained on contract if his successor will not be a southerner.

“For example, we have two of the GMs that have retired either as a result of age or length of service but because there are no northerners to succeed in them in the position yet, they have been retained on contract and remained in the organization even after retirement. I can give you the example of the GM Human Resources Mr. Yahaya Bukar who has retired two years ago after 35 years of office but he is retained on contract because his successor would have been Mr. Bassey Onyile from Akwa Ibom.”

The staff, who appealed for his identity to be concealed because of fear of victimization by the NPA management, also said that Mohammed Ahmed Rufai (Niger State) who heads the Engineering Department had retired since April 29, 2020 when he clocked 60 years of age but has also been retained on contract in the position “because his potential successor is one Obosi Godwin Chima from Delta State”.

“The truth is that NPA has become northernised. It is most unfortunate. Some people even now call it Northern Ports Authority because of these skewed appointments. Positions in the authority are no longer on merit but on where you come from. This has led to low morale among the staff,” the NPA staff added.