Success: An Example Of Jesus 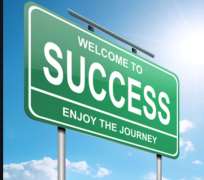 In all of history, Jesus is one of one the most popular icon. Many things have been written and said about him. Over a billion people in the world believe him as the founder of Christianity. Different things are believed about him. For Christians, he is the Son of God. Although he was a divine being, he was described in the gospels as crying, getting tired and compassionate. If he did live as a human, then his life on earth is worth talking about.

Apart from being a spiritual leader, for me Jesus was a non-conformist and lived above the moral precept of his time. For example, while Jews uphold the law of retribution in ‘an eye for an eye and a tooth for a tooth’, he preached pacifism in asking his followers to turn the other cheek, a roundabout way of saying two wrongs don’t make a right. While married men could divorce their wives for whatever reason, Jesus maintained that divorce should be sought only after infidelity has been established. Whereas Jews believe that washing of hands should precede eating to avoid pollution, he maintained that what corrupts a man is not what he eats but what comes out of him in words and in deeds. He likened the Jews to people who only clean the outer surface of a sepulchre but leave its inner surface, which is the dirtiest, unattended to. No wonder he was always in trouble with people in authority.

By societal standards of measuring success, he wasn’t a successful man. This is so because success has always been defined in terms of material possessions. By this, it is easy for a person to know how much he makes in a year but unable to define himself. Jesus didn’t have material wealth. Rather, he was an itinerant preacher who walked about on foot, sometimes travelling in boats and his best transport was a donkey that wasn’t even his. He didn’t have a house of his own and he sometimes slept in the boat. He was unmarried unlike some of his counterparts. When he was asked for Temple tax, he didn’t have enough to give and had to tell one of his disciples to pick money out of the mouth of a fish so he could pay. He dressed simply and a kiss was needed to identify him among his twelve friends among who is the one that betrayed him and another that denied knowing him at all. He was condemned to death at the age of thirty-three, beaten and crucified before the public. All this did not show him as a successful man. However, he is successful in the area of his life that matters. As a man, he understood how to meet the four basic foundational needs that are essential to success but which could not be measured in material terms. These are the mental, physical, social and spiritual dimension to his personality.

Jesus was a man that loved wisdom so much. He had a good knowledge of the scripture and was well informed about the politics of his time. His wisdom transcended those of the Pharisees and the Sadducees. Unlike other rabbis, he made his knowledge of the scripture a practical one and not merely theoretical. His parables such as the parable of the sower, the unforgiving servant, the ten virgins, the Good Samaritan, etc., and his teachings such as the Sermon on the Mount confirmed the level of his wisdom. He preached that people should love God and also love their neighbours as themselves. Instead of showing God as a legalistic deity, he showed Him as a loving God that is not happy with sin but doesn’t want the sinner to die. His level of understanding on matters showed he had mental success.

Apart from being a wise man, the written accounts of him showed he was physically fit too. Growing up with a father that was a carpenter would have helped his physique. As an itinerant preacher, he moved about mostly on foot, walking from village to village and walked miles in the desert. Jesus was strong enough that he could teach over five thousand people with his voice. When one expects him to be tired, he still attended to peoples’ needs from time to time. Despite this, he knew the importance of rest. He slept when he had to because he understands that sometimes, rest is more important than work. He also recharged himself in prayer from time to time. He mastered his body so well that his voice commanded respect and could make grown up men leave everything and followed him. This makes him a man who recorded physical success.

Jesus also related with the people in his environment. He had more success with the unprivileged class than he did with people in upper echelon of the society. He didn’t soil himself by frolicking with rich people but wined and dined with publicans and tax-collectors that hitherto had been labelled as sinners by the religious leaders. Women featured prominently in his ministry, a juxtaposition of the fact of life at the time when women were not as important as men. He didn’t despise anybody but derive great joy in meeting the needs of others, these include physically by providing food when they were hungry and healing them when they were sick or deformed, and spiritually by telling them about the love of God and one’s neighbour. He could have limited his interaction to the Temple like many rabbis did, but he chose to interact with people by going to them. That could be why people were able to give out their donkey for him to ride and allowed him used their house for a feast. He cried with people when he had to and he had compassion when he had to. Yet, he was strong enough to chase them out of the Temple when he noticed that people were dealing dishonestly in a holy place. As a social being, Jesus wasn’t a failure.

Not minding his divine nature, he maintained a relationship with God from time to time. He prayed to Him when he had to because he knew he was not alone in his mission. He showed people how to relate with God as their father and preach the goodness of God’s Kingdom. He made easy the relationship between God and man through humble communication as between a father and his children. This means that apart from having mental, physical and social success, Jesus also made spiritual success a priority.

To successfully optimise these four basic dimensions of one’s personality as Jesus did brings about an inner peace that the psychologists call ‘self-actualization.’ For me, this forms the foundation of true success. When the foundational needs are met, which include defining oneself, one can then strive to meet the survival needs which include a good source of income, shelter, food, and clothing. After the survival needs come wants and desires such as getting a new car, buying an apartment that has a good sea view, travelling to Europe or the Caribbean for summer, getting promotion at work, etc.

Thus to follow the example of Jesus as a successful man means to attend to the four basic foundational needs first. Although these cannot be measured in concrete terms, yet it is far more important than the ones that could be measured. The most important things of life are the ones that are invisible and immeasurable. Jesus recognised the key to true happiness and did not bother much about being successful in relation to things that could be measured. This is not to say getting rich is not good. Rather, it is to say that true success rests on optimising one’s mental, physical, social and spiritual dimensions first. The world if filled with a lot of people that are not happy with themselves because they could only answer the question of how much they make and not the type of person they are. The world system is a mirage without ‘self-actualization.’ Once there is no inner peace, everything will fall out of place.

Segun Ogunlade writes from Ibadan. He is a final year student of the department of Religious Studies, University of Ibadan, Ibadan. He could be reached via [email protected] or +2348085851773.