Edo 2020: Time For The Rest 13 Political Parties To Start Making Some Noise 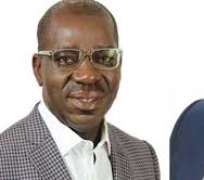 There is no denying the fact that democratic pluralism, pluralistic democracy and multi-party system are all synonymous terminologies. But is it as simplistic as that? Conceptually and ideally, it is; but in practice and real-world situations, it may not be so.

Analyzed from the foregoing view, not few Nigerians who saw the ostensive impracticability of multi-party system in a real-world situation applauded the Independent National Electoral Commission (INEC) when some few months ago it delisted 74 parties from the lists of accredited parties. Though there were opposing views from some political observers who were no doubt upset over the delisting exercise and coupled with the fact that it was done ahead of the 2023 general election, but the reality on ground were (and still remains) that multiparty is not in any way working in Edo State as the parties which the electorates know about are just the People Democratic Party (PDP) and the All Progressives Convention (APC).

Ostensibly to assuage those that were yearning for multiparty participation in the upcoming election in the State, the Resident Electoral Commissioner (REC) of Edo State, Dr. Johnson Alalibo Samikiem during INEC’s monitoring of the governorship primary election of the PDP said 15 political parties would participate in the Edo election slated for September 19, 2020 in Edo State.

Without any iota of exaggeration, I have been obsessed with the question, “Where are the remaining 13 political parties, besides APC and PDP?” since the REC made the disclosure. Without doubt, the foregoing may be the same question which other Edolites are asking no one in particular like this writer. Even as INEC, the electoral umpire, has already released the timeline for primaries for the 15 political parties contesting in the Edo State governorship election slated for September 19, urging the participating parties to ensure that all the parties must, between June 2 and June 27, conduct their primaries to pick their candidates for the election, it is only the names of the flag bearers of the APC, Pastor Osaze Ize-Iyamu and that of the PDP, the incumbent governor, Mr. Godwin Obaseki that are literarily ringing bells in the ears of virtually all the electorates in the State.

Without doubt, it is germane for all political parties in the State to rev up activities in reaching out to all Edolites ahead of the September 19 elections. Besides the PDP and APC, all other political parties, which are invariably 13 in number, should kick start the machineries of their election campaigns to win the hearts and minds of Edolites. In their campaigns, they should try as much as possible to promote their ideas and policies on different contemporary issues in the State.

The leaders of these political parties should be mindful of the fact that this election campaign is crucial for the promotion a party’s ideology and solutions to contemporary burning issues in the State. They should also bear in mind that without reaching out to the people they should not in any way begin to hope of getting enough votes at the polls.

As a political observer, there are many questions to ask these political parties that appear so lackadaisical toward the upcoming election in the State before they begin to cry foul that the election was rigged by their better prepared opponents; which in this context may be either, PDP or APC. If I may ask, how many newsletters that promote their views and ideas have been published and distributed to the electorates? How long is the list of emails they have before the election? It is not only about having the list but it is about growing it further in this crucial period ahead of the election. How many of their targets have being reached out to by sending newsletters into their inboxes?

At this juncture, permit me to clarify the phrasal component of the headline of this piece, which is, “Making Some Noise”. Making noise in this context simply means the other 13 parties should commence telling the people what they can do instead of collectively taking a “Sedan And Look” position and begin to cry wolf after the election.

Still in the same vein, how many of these seemingly unknown political parties in the State readily have their graphic design needs such as a logo design, website design, social media posts, banner design and much more?

Some of them may say yes we have. Let’s opine in this context that a logo is an identity of a political party. People have an emotional attachment with logos since these symbols become part of their daily lives. This is true to some extent for political campaign logos, which are specially designed and created keeping in mind the burning issues. Sometimes, a slogan works as a logo as people see it more often during the campaigning days. At this juncture, permit me to recall Mr. Jimi Agbaje’s slogan in one of his campaign that says, “I am a proud Nigerian but not one of them.” There is no denying the fact that the foregoing is a captivating campaign advert as it was to a large extent reechoed or rather played out on the lips of both the young and the old. Some political school of thoughts in Lagos State said he actually won the election while some said they won him on slim margin in the election where the slang was maximally expressed.

For the sake of clarity, party logo acts as the face of the concerned party, so is it accurately representing the quality of the governance such party proposes to benefit the electorates with when given the opportunity to come out victoriously in the election? Having a well-designed logo design gives the electorates the impression that the party is creative and established. Using a tasteful logo in an electoral period leaves a lasting impression in a electorate's mind.

Talking about the using the social media to the advantage of any of these 13 parties that are somewhat reticent, is nothing to talk home about. To bluntly put it in this context, their presence on the social media is zero.

The leaders of these parties should not forget that there is no better place to spread awareness about election campaign than on social media platforms. Most people use popular channels like Facebook and Twitter to interact with the world. Almost every issue is debated on social channels these days. During the campaigning days, there is even more widespread use of the entire gamut of social media including YouTube, and Instagram. So, leaders of these parties should ensure that the collective presences of their parties and flag bearers are on the media.

Again, how many of these parties are ready to throw flyers from a moving campaign train to the admiration of the electorates on the streets of Benin, Auchi, Abudu, Igbanke among numerous communities where they are in search of their presence?

Flyers are considered the most affordable means of marketing. However, the cost is not an issue for most political parties. But what makes flyers more useful is its quick reach to thousands of people. All these parties need to do is to choose the right flyer size, create the design using a flyer maker and distribute these one-leaf advertisements to passers-by. If they don’t know how to do it, they should just stand at some place and go on handing out this thin sheet of papers, which contains a lot of details of their campaign. People can, thus, get their campaign slogan, issues, and more about their candidate reading through their flyers on the move.

Again, there is no denying the fact that one of the most visible marketing products that we see around in an election campaign is T-shirts. As you read this, we are not new to seeing supporters of political parties wearing customized T-shirts that depict their parties’ symbol and slogan in an election period. When people wear print T-shirts of their party’s symbols and slogans, they become a walking advertisement for their party. That is the power of the casual wear.

They should not fail to realize that customized T-shirts as a visual, makes a lasting impression on their potential voters. They should endeavor to hire a designer who understands how to use their brand colors, fonts, images and other elements of their party for its promotion, and at the same time patronized online publishers. It is said in Edo parlance that “Na money kill better soup”.

And lastly, those that have not conducted their primaries should start telling the electorates who are invariably Edolites who their candidates are, and what they have to offer. The essence of this is to create a robust competitive electioneering environment devoid of any of the parties crying foul before they begin to see either APC or PDP as riggers, and begin to head to Courts for no reason.