My Open Reply To Femi Adesina. 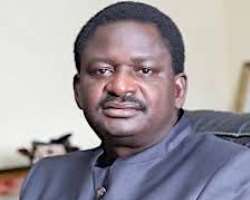 The Presidential Adviser on Media And Publicity, Femi Adesina, has just released a post on the recent altercation and security breach at Aso Rock.

The said post did not dwell on pertinent issues at stake. Below is my open reply to him:

Some...not one...operatives had earlier traveled and were rightly quarantined on returning to Aso Rock. The First Lady now thinks it right to subject this latest returnee to the same safety measure but he refused.

Don't you think Aisha Buhari at the least, for sakes of health of her kids should feel concerned enough to act in a manner in tandem with safeguarding the lives of her offsprings?

The government headed by your principal issued a national directive to ban inter-state travels. A ban is also in place against air travel. Doctors and other health personnel have been harassed and assaulted in weeks past even while on official duties as the Inspector- General Of Police through his men, asked us to provide documents beyond our ID Cards!

A government which made a law harassing and assaulting citizens recklessly is flouting same regulations, risking the lives of citizens by not abiding by its own rules.

You have failed to address these issues...
Yet derive wisdom in pitching your tent with one of the feuding parties in what clearly appears to be an altercation between husband and wife!