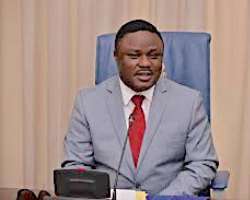 Gov Ayade a
Listen to article

The refusal by the governor of Cross River state, Sen Ben Ayade to condemn the assault and burning of alleged witches in Boki Local Government of the state is deeply disturbing. His deafening silence over this tragic incident is indicative of a disgusting trend in Nigerian politics, and the pervasive incompetence, insensitivity and irresponsible governance that has plagued the country.

On Wednesday May 20, an aide to the governor, Thomas Obi Tawo (also known as General Iron) led a lynch mob that set ablaze 15 suspected witches in Oku community in Boki Local Government in Cross River state. On this fateful day, General Iron and his ‘boys’ stormed this rural community. They dragged out those who were identified as witches including General Iron's mother and threw them into the fire. Three of the victims have died as a result of the burns. Others are at various hospitals and clinics battling for their lives. Some of the victims had serious burns on their legs, hands, heads, and their private parts. Some victims are unable to seat down or urinate. Others cannot walk or use their hands. Meanwhile, most of the victims are farmers and elderly persons. It is unfortunate that for over a month since this horrific attack, Gov Ayade has not issued any statement to denounce this mob violence. He has not reached out to the victims to provide support. Instead, the government of Cross River is busy trying to cover up this atrocity and shield the perpetrators from justice. The government’s media spokesperson has denied that any member of the government was involved in the violence. So, is Gov Ayade saying that Thomas Obi Tawo is not an appointee with the Cross River state government? Is General Iron not his special adviser on Forest Security? There is nothing to gain from these media games and manipulation. In fact it is not too late for Gov Ayade to remedy the situation and demonstrate enlightened and responsible leadership.

Gov Ayade should not allow his political interest to overshadow his duty and responsibility to the people of Cross River state. Ayade needs to take urgent steps to end impunity and witch persecution in the state. Cross River has been notorious for human rights abuses linked to witchcraft allegations and witch persecution. There are hundreds of street children in Calabar, the state capital, and most of them have been abused and driven out after being accused of witchcraft. Witch persecution persists in Cross River because the government has consistently failed in its responsibility to protect lives and property of alleged witches, as in the case of the Boki witch hunt. The government of Cross River has refused to prosecute and bring to justice those who engage in witch persecution and killing. Gov Ayade has an opportunity to rewrite history and turn a new page of hope, justice, and compassion. He should take all necessary measures to provide support to victims of witch-burning in Boki and bring to justice all perpetrators of this horrific crime.