By Igbo Councillors And Mps In The Uk (icm- Uk) 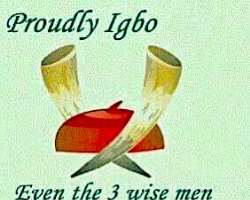 On Saturday the 27th of June 2020, the Igbo Cllrs & MPs UK (ICM~UK) group, hosted an International Conference on "The Fulani Herdsmen killing of Igbo people in South Eastern Nigeria and other parts of the country.

The conference which was held on Zoom, was attended live by over 60 participants from all over the world including thousands more who were watching it on a Live Stream over the Internet.

We had in attendance several high profile UK politicians and Policy makers, ranging from past and serving Councillors, Mayors and Members of Parliament from both the House of Commons and the UK's highest law making body, the House of Lords. Top of whom was The Baroness Cox of Queensbury, a UK House of Lords Member and crossbench life peer who has sat in the House of Lords since 2nd of March 1983. Baroness Cox is committed to working closely with Igbo Cllrs and MPs in UK to help create awareness and solve the security issues in Igbo land in particular and Nigeria in general.

She disclosed that as a member of the UK All-Party Parliamentary Group for International Freedom of Religion or Belief who just submitted an inquiry they carried out on Nigeria recently, she was well aware of the systemic genocidal killings of the Christians of Nigeria by the Boko Haram and the Fulani Herdsmen.

Other notable dignitaries at the conference included; Hon Chief Nnia Nwodo, President General Ohaneze Ndi Igbo who was also the Keynote Speaker for the day; and he used his speech to commend the ICM-UK group for their foresight in organising the conference, citing that this was the first time he is hearing of an Igbo political pressure group in the UK that was actually made up of real politicians of influence and declared that it couldn't have come at a better time.

He further called on all Igbo groups who are fighting the injustices and Igbo marginalisation to come together and tackle the problems from a position of oneness, strength and unity as that is what is desperately needed, if the Igbos are going to make any inroads into correcting the injustices being metted out to them

He thanked Baroness Cox for identifying with our cause and encouraged her to be our voice in the UK Parliament until such a time when the people that matters, begins to do something to correct the injustices.

Other community leaders, and professionals who spoke in Solidarity of our cause and gave support and suggestions of how we can build upon the overall success of this our first conference include: Lady Aqueen Ibeto, Deputy President, Ohaneze Ndi Igbo UK, Mazi Obi Okoli ( Director, Congress of Igbo Leaders UK), Dr. Eze Ugoala (Consultant Researcher of African and World politics), Dr. Comfort Ero (the African Director of Program at the Crisis Group International), Engr. Humphery Chinenyeze (President of Ezinihitte Mbaise UK) and also speakers from the vibrant and largest Igbo youth group in the UK and Europe, the Igbo Cultural Support Network (ICSN).

Cllr Nneka Keazor who is the Coordinator General of the ICM-UK group thanked everyone for attending and contributing to the conference and pleaded on all those who came to help spread the word alongside ICM-UK to create awareness and also lobby international organisations and governments to stand against discrimination and killing of our Igbo people in Nigeria. She promised that there will be more of these conferences to create further awareness, and promised that the Igbo Cllrs and MPs UK group has come to stay, and will not stop seeking for solutions in our homeland until equity and justice is restored.