PDP to present Umahi for Presidential election in 2023 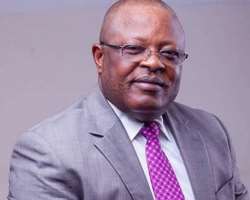 The party who was apparently overwhelmed disclosed this in Abakaliki, the state capital while inspecting the numerous projects scattered across the state by the adminstration of Governor David Umahi.

“After his eight years as the governor of Ebonyi state, we will present him before entire Nigeria to access as alternative to the economic quagmire, political issues and the problem we are having as a country. He is a man with understanding on how things work. In the area of infrastructure, he is number one, in the area of Agriculture, he is number one. Virtually in all segments of the economy, David Umahi always stand out.

“This shopping mall our governor constructed can be likened to a shopping mall in Dubai, it is a replica of that and we are not surprised because our governor is a man that keeps to his words. In the course of taking over power in 2015, he entered into an open covenant with God wherein he promised Ebonyians publicly that he will make Ebonyi state the number one economy in Nigeria.

“At Ezzamgbo Junction, accidents had become a recurrent event. But, with the flyover, accidents will reduced as it had been at Spera- in-Deo Junction and PRESCO Junction. Apart from the easing of traffic, the bridges have really added to the anesthetic value of the Ebonyi State.

“The health sector has seen tremendous advancememt in this regime. The importance of the ultramodern wards in this hospital cannot be overstated. The wards can best be described as lodges because they have facilities that qualify them as such. With such facilities in the hospitals, recuperation is made much easier. The psychological well-being of a patient is very germane to his recovery. The medical school and the college of nursing serve to equip our health personnel with requisite know-how as well as confidence.

“One can recall that prior to the ascendance of Governor Umahi to the position as governor, this Abakaliki – Afikpo Road was in a sorry state and impassable at some points. But today as you can see, the road has gone from complete repair to dualization. Obviously, Governor Umahi’s projects is always life touching that they begin to impact on the people even while still under construction. The dualization of the road is very important especially at those sections that traffic is heaviest.