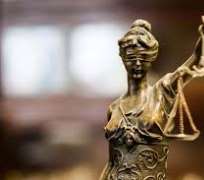 An Iyaganku Magistrates’ Court sitting in Ibadan, Oyo State on Wednesday remanded a 20-year barber, Evans James, in the custody of the State Criminal Investigation Department for allegedly raping his client’s granddaughter.

The Magistrate, Olajumoke Akande, who did not take the plea of the defendant, remanded him at the SCID, Iyaganku, pending the advice from the Oyo State Directorate of Public Prosecution.

Akande, thereafter, adjourned the matter till July 23 for mention.

The News Agency of Nigeria reports that James, of undisclosed address in Ibadan, was arraigned on a one-count charge of rape.

The Prosecutor, Sergeant M. Ayodeji, told the court that James, on June 15 at about 2:27pm at Adedeji Pero Street, Oluyole, Ibadan, had unlawful carnal knowledge of a 19-year-old lady.

Ayodeji said James raped the lady without her consent in her home.

He said: “The defendant, being a barber, was rendering home service to the victim’s grandmother on that day, as he had been rendering the service in the house before the incident.

“On the fateful day, James after being through with the job, had unlawful carnal knowledge of the victim.”

According to the prosecutor, the offence contravenes Section 357 and punishable under Section 358 of the Criminal Code Cap. 38, Vol II, Laws of Oyo State, 2000.