Ugandans Should Embrace The Goodness In 'scientific' Elections 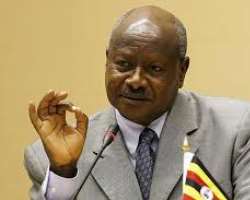 G'day G'day Folks,
You may be wondering why I am posting this. So am I. Mostly it is therapy for me, but it is also to give others the confidence to discuss some of the less glamorous complications that elections in Africa bring about. If I achieve that I will be well satisfied

I don't have much confidence in Uganda's 'scientific' elections planned to take place next year in 2021.No matter who wins, we are going to be in deep trouble. I agree that the word, ‘scientific' may be alien to the majority of Ugandans, but the use of radios, TVs, social media, e.t.c, for campaigning isn't-- we have used them before during campaigns. There is everything wrong with having rallies now, and I also think that Museveni is lucky—Corvid-19 makes the rigging easier compared to previous elections. The disease is an international epidemic- Just because it hasn’t supposedly hit Uganda so hard, it doesn’t mean that the virus isn’t there, or won’t be there.

I am not really against rallies per say, but I understand why we aren’t going to have rallies during campaigns, and I expect people to understand this. Voting for someone is not like pregnancy where two people meet face to face (excluding those who seek medical intervention). Voting for someone does not necessarily require one to meet the person he or she intends to vote for. In most cases, what is required is for the candidate to present their ideas in the form of a manifesto, and then the voter decides what to do with that information. A manifesto can be communicated via rallies, radios, TVs, emails, Facebook,e.t.c, and this is something we have been doing for ages. The only difference is that there won’t be rallies and I think this is understandable.

I know most in the opposition are convinced that scientific elections only disfavour the opposition, which is arguably true, but they are looking at the situation from simply one angle. I am, on the other hand, looking at it from a public health point of view. There are now more than over 300,000 confirmed cases and 8,621 deaths of coronavirus across Africa. Rallies spread viruses because they are not a one-off thing. Voting in a poll station can potentially spread viruses, too, but it is a controllable environment and it’s a one-day thing.

Some are making their case based on the campaigns going on in the USA this month, yet the country has been hit by a lot of Corvid cases, compared to Uganda or elsewhere in Africa. It is unfair to compare the USA to Uganda--the former has a capacity to control this virus, if it hits them harder, and we don't. So, why take chances in the name of an election whose outcome is already known, anyway.

Here in the UK- I never meet my MP during campaigning but I vote for him over ideas, and I don't see anything wrong with that. Uganda has over 300 radio stations and I think that is a good number for campaigning, though it won't make a difference to the already rigged system in place. I am aware that most radio stations in Uganda are NRM owned, such that the Uganda Communication Commission makes it harder for the opposition to get enough airtime. This is something that has been happening in all previous elections, but I am also aware that with or without scientific elections, Museveni won’t be beat in next year's elections, if he is still alive and kicking.

One thing that bothers me more is for some in the opposition to think that elections will bring change in the country. Ugandan elections are like an owner walking the dog at particular times of the day. BTW, walking the dogs was the name of a book written by a bank robber whose wife did not know what he was up to. She thought he was "Walking the dogs." There are so many 'dogs' lining up to legitimise Museveni's next presidency-- very well knowing that the 'dog owner' will decide everything to do with the dogs. Actually, I have a feeling that the list of MPs in the next parliament has already been decided and kept somewhere safe, and I can see sister Nabilah Naggayi Sempala and others sneaking in, to the surprise of everyone. Basically, let elections under M7 stop wasting your time--they don't change much in our country. And it is not worth risking our people to get Corvid over, simply because we want music, videos and pictures of certain candidates with big crowds.

I read somewhere in the Daily Monitor where Bobi Wine was saying that he is going to do rallies whether the state likes or not, and I was stunned. Before the campaigns start, every candidate is assigned special protection from the police, and they are there to serve the interests of the state, and that includes following the directives of the Electoral Commission. So, I do not know how he is going to do rallies when the state doesn't want anybody to do them. Providing protection to presidential candidates is a universal rule all over the world. For example, in the USA all candidates are assigned Secret Service protection. Barack Obama holds the record for earliest death threats against a political candidate in an active campaign. The Secret Service went into action protecting him a lot earlier than they usually do with candidates for president.

If people did as much research on health issues as many of us do on politically related matters, there would be far less emotion involved in the political decisions that will affect their lives. I say this in the most non-partisan way. A lot of opposition MPs are asking the government to postpone the elections in a form of declaring a state of emergency in the country, and this would see Speaker Rebecca Kadaga becoming president the next 3-6 months, or when the emergency period is over. But none of them can tell us exactly when Corvid will be declared a non-emergence disease. Museveni earlier on suggested a postponement in an interview with journalist, Canary Mugisha, and a lot of people were outraged, and I don’t think they have thought this one,too, through. Nobody has a timeline on when the vaccination for Corvid is going to be found.

Lastly, there has always been violence or chaos during our previous elections. Large crowds of people can, in theory, set off chaos, according to the Chaos Theory of Edward Lonrez, who was, at the time (early 1960's), working on a mathematical weather problem for predicting the weather. Chaos theory involves a sensitive dependence upon initial conditions, such that even a small change in initial conditions can cause a drastic change in long-term outcomes, or behaviours, in the system.Therefore, I suspect that the proposal to hold campaigns without rallies was precipitated by the behaviour of some of Bobi Wine’s people on and off social media. The recent messages from both Bobi and Dr.Kiiza Besigye showed that many are fed up with some of their antisocial actions. Therefore, When the EC chairman met Museveni, I believe that one approach discussed was to shut down some internet functions and regroup from what has been learned. But that was supposedly ruled out because it will appear that Museveni fears the internet a lot, and he does, and that is why he will supposedly shut it again when the presidential results are released. The problem for the ‘crazies’ is in the long term is they self-destruct. Most are all mouth trying to exploit others. But, generally speaking, I suspect that the antisocial behaviour of Bobi’s fans is one of many reasons there is great concern by the people in govt and now have the clout to enforce anything they want.

Somehow, I think we have something new introduced as a way of campaigning without rallies, and we need to embrace it beyond Corvid. Above all, I would not recommend intellectual suicide for anyone who wants to live life to the fullest.