Court Grants Nwaogwugwu Bail with N500,000 bond after 26 days of being in Detention 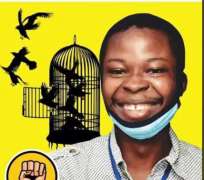 Imo State High Court, Owerri division presided by Justice I. G. Chukwunyere today, Monday, June 22, 2020, granted bail to Comrade Ambrose Nwaogwugwu, the detained Director-General, Imo PDP New Media, who was arrested and detained by the Department of State Security (DSS) on May 28, 2020 on allegations of defaming the person of Senator Hope Uzodimma via his posts made on social media.

His Counsel, Chief Mike Ahamba SAN, had filed an application praying the Court to grant him bail on the grounds that the charges and offences for which he was arrested, detained and arraigned by the DSS and the Owerri Magistrate Court are nullity & bailable.

The Court therefore, granted him bail with the following conditions; N500,000 bail bond, two Sureties who must be resident in Owerri and Must swear affidavit of means, must show evidence of payment of two years tax payment and show evidence of land ownership.

Meanwhile, the N50 million suit filed by Comrade Ambrose Nwaogwugwu against the DSS at the Federal High Court, Owerri was also heard today June 22, 2020 and reserved for Judgment. Mr Nwaogwugwu in that suit is praying the Court to award him N50 million as damages for unlawfully arresting and detaining him beyond the stipulated 48 hours against the DSS.