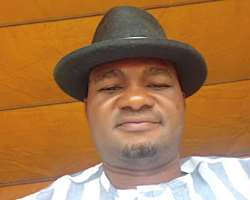 The Peoples Democratic Party, PDP, Ebonyi state chapter has blamed the wanton killings of Nigerians in different parts of the country, especially in the North East on the inability of Nigerian leaders to provide quality leadership and direction in the affairs of the country.

The Chairman of PDP, Ebonyi State, Barr. Onyekachi Nwebonyi who stated this in Abakaliki while accessing situation of affairs in the country, called on youths to set aside religious and ethnic sentiments and harmoniously work towards salvaging the country from perdition.

Nwebonyi said it is only those who have future that can set the country's future positively.

He said: "Let us take on this clamour and champion this course from our respective political parties. Our political leanings are different but our aspirations should be the same. And, that is to salvage Nigeria that is already tethering on the brink of collapse.

"Nigerian youths have to channel their energy, creativity, and aspirations unto political activism and become political leaders that would change the ugly story of this country. The time to act is now in other to take over the presidency in 2023. The blood of countless Nigerians who are being slaughtered wantonly by marauding herdsmen and Islamic extremists as a result of our leaders' ineptitude are crying from the graves. We don't have to wait any longer.

"We the youths have to put aside religious and ethnic sentiments and work harmoniously to salvage Nigeria that is already headed to perdition. It is only those who have future that can set the country's future positively. Let us take on this clamour and champion this course from our respective political parties. Our political leanings are different but our aspirations should be the same. And, that is to salvage Nigeria that is already tethering on the brink of collapse.

I once again call on the Nigerian youth to wake up now and take their collective fate in their hands. We should see to it that only youthful persons with reputable pedigree that emerge candidates of our political parties for the 2023 presidential election. And, putting aside every differences; political, ethnic, and religious, let us vote credibility in the 2023 presidential election. "

"As Chinua Achebe puts it, "the trouble with Nigeria is leadership". A country that is endowed with enormous natural and mineral resources, as well as wonderful people, has been groping aimlessly, as in darkness, to come out of unspeakable economic woes. Nigeria is a dependent country, which has almost nothing to contribute to global economy. Even oil, which the country is blessed with the best type, cannot be refined in the country.

"Obviously, what Nigeria lack is right leadership and nothing more. It only needs to harness its resources through leadership, and the Nigerian Youths have that role to play.

Leadership failure has become most manifest in the country through insecurity, corruption, and death of Infrastructure. This is crystal clear.

"What is required by the youth to save the country now is ethical and attitudinal revolution. They should see themselves as a third force and champion revolutionary agenda that will wreck the hold of power by a retrospective population. For a country to move forward requires active participation of the prospective and proactive population - the youth, while the retrospective population - the elderly, only play advisory roles. Only by being adventurous that leaders break new grounds in governance and bring about the needed leadership. Such adventurous spirit is lacking in the elderly.

"Inspite of the fact that the youth make up more than half of the population of Nigeria, they are often marginalized and underutilized in the area of politics and decision making. While they struggle to gain the respect of public officials, they are seen as lacking the skills and experience to hold strategic and high political positions. This non inclusion in decision making, especially at the national level, in addition to very limited educational and economic opportunities, leaves many Nigerian youths idle and frustrated, setting the ground for criminal involvement.

"Nigerian youths need real opportunities to participate in political processes and contribute to practical solutions that will advance development of this country. Where ever they have been given the opportunity to organize and play meaningful roles in political decision making, youths have consistently demonstrated their willingness, commitment, and ability to foster positive and impactful change.