A Psychologist’s Reading of the Sharp Increase in Rape, Child Sexual Abuse, Violence: A Reflection of the Triple Crisis of the Inner World of Nigeria 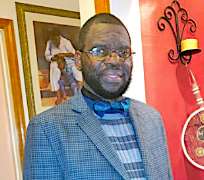 At the time of this writing socially, crime and violence are seriously threatening the lives and property of the citizens.

Politically, the deep crisis and challenges inside the ruling party of the federal government is genuinely causing horrendous consequence across regions, leaving the people to care for themselves, sometimes defenselessly.

Coronavirus arrived in Nigeria at the worst possible moments during our deep social, political, and economic troubles.

In the last 720 hours, because of the coronavirus outbreak and its threats, many families, neighbors, and communities remain in close confines.

As a result, many are not being able to avoid each other which adds to unusual attention, potential conflict, and increased aggressiveness.

In these uncertain periods of COVID-19, we see skyrocketing job loss, idleness and financial losses which has further caused more stress; making some families, communities and regions more prone to violence like rape, domestic violence, child sexual abuse, elderly female sexual abuse and the sexual abuse of the physically and developmentally disabled.

Nigerians with ineffective coping skills, mostly males have turned to poor coping ways like drug, substance and/or alcohol abuse, rape, indecent exposure, cybersex trafficking, incest, child sexual abuse, spousal rape, and other disturbing acts like suicide and rape-murder. The targets are those seen as the society’s vulnerable, females of all ages especially.

The heightened problems of rape and other violent abuses have become more pronounced in the era of the coronavirus pandemic mainly and largely, because of slackened social, political, and economic controls by the government.

As a highly troubled society, resources to help the people to manage the job and income loss, aid in reducing economic insecurity among families and communities, and help with immediate law enforcement and health care attention remain markedly insufficient.

So, do not allow yourself to be sucked into those public announcements stating that COVID-19 is the main cause of the spike in impersonal sex and other violent abuses, as they are pointed symptoms of the country’s compounded social, political and economic instabilities. By all definitions, our people are not naturally lazy or immoral, all they ask for is an enabling social, political, and economic environment.

Then the lingering and current general tensions in society will become more manageable positively.