Huriwa Raises Alarm On Misuse Of Officers And Men Of The Nigerian Airforce In Enugu State For Alleged Land Grabs: 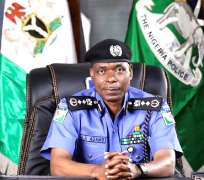 Gentlemen of the media, We in the HUMAN RIGHTS WRITERS ASSOCIATION OF NIGERIA (HURIWA) have been inundated with petitions from all over the Country on the apparent professional misconduct of men and officers of some military outfits which goes against their constitutional mandates as clearly spelt out in sections 217-220 of the Constitution of the Federal Republic of Nigeria of 1999 as amended. These sections which comprehensively addresses the legal roles and functions of the Armed forces of Nigeria which are summed up thus:" THERE SHALL BE AN ARMED FORCES FOR THE FEDERATION WHICH SHALL CONSIST OF AN ARMY, A NAVY, AN AIRFORCE AND SUCH OTHER BRANCHES OF THE ARMED FORCES FOR THE FEDERATION AS MAY BE ESTABLISHED BY AN ACT OF THE NATIONAL ASSEMBLY ".

Gentlemen of the media, we will list out the aforementioned sections of the Nigerian constitution at the end of this statement so Nigerians are made aware of the exact intendment and the mind of the law as the legal framework concerns the operations of the Nigerian military which is basically to maintain the territorial integrity of the Federal Republic of Nigeria.

This is not the first time we are been alerted that the military are veering off into purely civil matters even when there are grave threats to the nation.

Only two days ago there were demonstrations in the North including the home state of the President Muhammadu Buhari which is Katsina by Nigerians who were demonstrating the breaches of security and the violent attacks of their communities by armed hoodlums.

The entire Northern Nigeria are under one form of attacks or the other with thousands of civilians getting killed with communities getting burnt and destroyed. Armed Fulani herdsmen have killed inmocent farmers in Oguta in Imo State and many other places.

The President has also reportedly expressed disappointment that the military is not doing enough to check the expanding frontiers of terror attacks.

Yet, we are been told that officers of the Air Force of Nigeria are been misused and deployed to chase land owners around Enugu because they (Air Force officers) were allegedly bribed by the Housing ministry officials to take people's lands to sell to land SPECULATORS.

We will also give you examples of Benin City in Edo state and other instances of invasions of Nigerian communities by armed Fulani herdsmen and terrorists which the Nigerian Air Force and the military should be rightly deployed to stabilize these places and allow citizens have unfettered enjoyment of their constitutionally guaranteed fundamental freedoms and Rights as enunciated in chapter 4 of the 1999 Constitution but instead the Air Force of Nigeria is being deployed for illegality.

The following is a text of a petition sent to us from Enugu State accusing the Nigerian Air Force of being misused to chase land owners all around so as to extort these assets for the benefit of some godfathers in the Enugu State ministry of Housing who allegedly sell dubiously to land SPECULATORS thereby depriving rightful owners their Right to own immovable property as guaranteed by the Nigerian Constitution.

It says: "The attached letter to the Hon. Commissioner of Lands was indeed written at a time when the Ministry of Housing didn’t have a substantive Commissioner responsible for the smooth running of the ministry. Sole supervision of the Ministry was left in the hands of the Permanent Secretary who had to be “attentioned” in that letter.

Different level of resistance have had to be mounted against the actors of State who, in the guise of some false promises of development have turned Enugu State into the new epicenter for land grabbing activities.

In this particular instance, the situation was somewhat contained until Mr. Vitus Okechi was named the substantive Commissioner for Housing. He has, since then, sworn to annex all community lands to himself and a few cronies.

Unsurprisingly, besides the many disappointing moves he has made thus far, he has recently gone as far as engaging the services of men of the Nigerian Airforce, whose focus and objective should have been on external and territorial incursions into the Nigerian Airspace. How he manages to drag this expected-to-be-highly-disciplined officers to the role of land grabbing beats the imagination of the ordinary mind.

HURIWA is kindly requested to appeal to and to task the dear Governor of Enugu State, Rt. Hon. Ifeanyi Ugwuanyi, whose antecedents suggest, is peace loving and subservient to the dictates of the rule of law to call this his lieutenant, Commissioner of Housing Mr. Vitus Okechi, to order, before hapless citizens resort to self-help and anarchy sets in.

HURIWA is equally kindly requested to draw the attention of the Heads of Security agencies to wit; The Chief of Air Staff, to this dangerous trend of men and officers of the Security architecture, abandoning their core responsibility and becoming undertakers for land grabbers in Enugu. Examples are rife everywhere.

PS: FYI ONLY
Members of the community have concluded arrangements to send petitions to the Office of the NSA, the Minister of Defence as well as to the Chief of Army Staff by Monday. A peaceful protest will follow immediately on the same day.

Now we have these allegations against the segment of the Nigerian Military at a time of grave threats to national security. Nigeria burns but those who should quench the fire are busy chasing rats literally. We read that

“As we speak, there are reports of the Fulani herdsmen converting forest reserves and farmlands in Ovia and Orhionmwon, from where they are said to launch alleged criminal attacks on unsuspecting farmers and travellers.

“Of note is the occupation of the Odighi forest where an unconfirmed report has it that there are over 2000 Fulani herdsmen who have forcefully occupied a vast expanse of the forest as their habitation and fortress.

“Apart from eye witness reports, the social media has been awash with videos of these young men either being offloaded in their hundreds from long haulage trucks or streaming in a dreadful surge in the streets of Benin City.”

Also Emeka Alex Duru, a senior Editor writing about breakdowns of law and order in the Country has the following words to tell us: "The recent resolution by the House of Representatives on the Federal Government to check the influx of herdsmen from other African countries to Nigeria, demonstrates the extent of frustrations Nigerians have encountered in the hands of these unscrupulous pastoralists. Obviously flustered at the nefarious activities of the herders, the lawmakers are waking up to action after years of glossing over the precarious situation.

The House has thus, mandated its Committees on Police Affairs, Army and Interior to “interface with the Inspector-General of Police, the Chief of Army Staff and the Comptroller-General of the Nigerian Immigration Service, respectively, on the best ways of policing and securing the Nigeria borders.”

Kano State governor, Abdullahi Ganduje had earlier raised similar alert, calling on the Government to seek the review of the West African Protocols that allow free movement of citizens of member states, in order to check migration of herdsmen into the country. The governor observed that such movements always cause conflicts and destruction of human lives, stressing the need for the government to use the international restrictions created by the COVID-19 to stop the inflow of armed herdsmen to Nigeria".

The Senior Editor also rightly stated that:
"Elsewhere, suspected herdsmen had struck in Ukpabi-Nimbo community of Enugu State on Monday, April 25, 2016, leaving in their trail 50 persons dead and properties destroyed.

Even the recent May 15 and 16 clashes in Lamurde Local Government Area, Adamawa State that left 73 killed, 81,110 displaced, houses and businesses destroyed, were attributed to activities of the foreign herdsmen. Similar ugly incidents had taken place in other parts of the country at various times. Many lives had been lost and property destroyed on such occasions, especially as responses to the crisis at both the federal and state levels had been very poor and ineffective."

Gentlemen of the media, Nigeria is under imminent threat of war and there is a spike in violence all across as stated above, yet as we have seen the petition from Enugu State, the Air Force of Nigeria are being used for commercial Land related civil matter by the officials of Enugu State ministry of Housing. We urge the Chief of Air Staff to Step and stop these abuses and professional misconduct of his officers who are disgracing their esteemed uniform and professional careers.

We will end by quoting from Sections 217 to 220 of the Nigerian constitution thus:

Section 220 states: “ (1) The Federation shall establish and maintain adequate facilities for carrying into effect any Act of the National Assembly providing for compulsory military training or military service for citizens of Nigeria. (2) Until an Act of the National Assembly is made in that behalf the President may maintain adequate facilities in any secondary or post-secondary educational institution in Nigeria for giving military training in any such institution which desires to have the training.”