On integrity in Africa: The Role of Initiative for Integrity Award in Africa 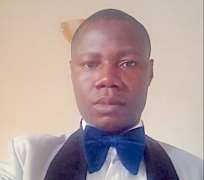 There is no gainsaying that integrity is the substance upon which personal and national development are usually anchored. In evidence, Warren Buffett notes that if an employee is both intelligent and energetic, but lacking in integrity, the first two virtues will be used to ruin and maim the vision of the employer. Africa, like other continents of the world, has had its woeful shares of tales and nagging socio- economic slides. In spite of this nauseating worldwide catastrophe, the developed world has built a sterling system out of it. One is, therefore, tempted to revisit the old luck or effort harangue, but in evidence, development, as observed by all advanced students of life, is effortful and anything short of this is a funny misguide.

For many decades, the virtue of integrity has flipped our noble list of precious attributes, as a matter of fact, a man who demonstrates integrity is branded gibberish and unarguably demented. The big question is, "How did integrity tail the way of the smoke or become a vanished character trait?" While this piece may not be adequate at sheding light on the origo of this recalcitrant phenomenon, it will contend that without integrity, Africa, particularly, Nigeria may just be building castle in the air.

The fight for integrity, for some, should be fought with the drop of their blood. An exemplary example of such an integrity fighter is Comrade Evans Ayeni, the President of Initiative for Integrity Award in Africa (IIAA). Being an academic of untainted reputation, he has joined fortified efforts with many noble dons and gallant integrity Marshals to see integrity return to the lips of every Nigerian and by extension, African States. This select group of patriotic Nigerians would not wink or bat this eye lids until the ball of integrity is happily thrown into the air for all to see and catch. This brings us to Initiative for Integrity Award in Africa (IIAA), which has positioned itself as the monitoring eyes of the Nigerian people, ranking and awarding governors across the six geopolitical zones in Nigeria, as it deem it fit. For fairness, the initiative has ensured that the opinions of Nigerians domiciled across the various zones are harnessed and marshalled in order to dutifully reflect the differing viewpoints of the people. Similarly, the Initiative for Integrity Award in Africa (IIAA) has its razor-edged researchers who nose the ground for veracity. The ranking modalities, as spelt out, cut across prompt response to the needs of the citizenry such as employment, infrastructure, payment of salary; protection of lives and property, respect for human rights; fairness in the allocation of resources, citizens' access to information among others.

Samuel Ogunnaike is the Special Assistant on Media to the President of IIAA, Comr. Evans. O. Ayeni, GCIA