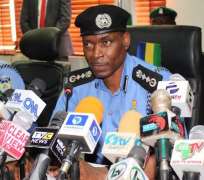 The Inspector General of Police (IGP), Muhammed Adamu, has been petitioned by a cleric, Bishop Elijah Urhonigbe, who said he is no longer safe in police custody.

Bishop Urhonigbe, who spoke through a human rights lawyer, Barr. Presley Okojie, decried the unfair attitude of men of the Delta state Police Command towards him, following court order remanding him at Warri Custodial centre, Okere, pending determination of his bail hearing.

In his petition, the Warri Area Commander, ACP Mukhtar Garba, was fingered for ostensibly instructing his men to withhold his fundamental rights and privileges accorded suspects standing trials as provided for in the Constitution while being detained.

The lawyer claimed that his client does no longer have access to his family, doctor and legal team, an act he termed as a gross violation of his constitutional rights.

Okojie, who is holding brief for the Bishop who is accused of rape, urged IGP Adamu to call his men to order by complying to Section 8 (1) of Administration of Criminal Justice Law (ACJL) of Delta state 2017, which guaranteed rights and privileges of his client even while in police custody.

He noted that the law specified that; "A suspect shall be accorded human treatment having regards to his right to the dignity of his person and therefore not to be subjected to any form of torture, cruelty, inhuman or degrading treatment.

"My client, Bishop Elijah Urhonigbe, was arraigned at the Magistrate Court 2 Warri and was subsequently remanded to Warri Custodial Centre, Okere, Warri or 'A Division Police station, Warri, on the 10th day of June 2020 on the charges of rape and impersonation.

"Immediately after arraignment, the Area Commander's order (ACP Mukhtar Garba) instructed that he be detained at the Ekpan police station against order of the court and with further strict directive that nobody should see or have access to him.

"He (my client) had been in custody without his drugs, food or access to his legal team or relatives". He had been sick without access to good medicare or medical officers.

"That on June 15, 2020, policemen from the Area Commander's office came to Ekpan police station and whisked him out to 'A Division Police station, Warri with strict instructions again that nobody should see or visit him.

"He has been treated like a common criminal despite the fact that he has not been tried or convicted by any competent court of law.

"I, on behalf of his legal team is urging the Inspector General of Police, IGP Mohammed Adamu, to wade into this excessive use of authority being displayed by his men, especially the Warri Area Commander concerning my client's continued torture and denial of his constitutional rights in police custody", he stated.

Reacting to the allegation levelled on him, the Warri Area Commander, ACP Mukhtar Garba, said there was no iota of truth in the claim of the lawyer, insisting that the police was following every laid down procedures in dealing with the suspect concerning the sensitive nature of the the case.