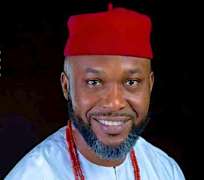 Chief Osita Chidoka has described the June 12 Speech of President Muhammadu Buhari as another evidence of the government’s weak democratic credentials. Saying, June 12 should be a day for the President to report on the country’s democratic experience and progress made on the pressing issues of free, credible and fair electoral systems.

The former Minister of Aviation who spoke on the occasion of the second anniversary of June 12 as democracy day in Nigeria said the best way to honour the memory of Chief Moshood Abiola who won the 1993 presidential election across ethnic and religious divide was to build on the principles that made the election a reference point.

He regretted that the gains of democracy which climaxed with 2015 election were being eroded under the current administration, adding that the President failed to address the issues of justice, freedom and inclusiveness which has been under threat in our present experience.

Chidoka in his online broadcast, said that “ the memory of Abiola and June 12, is of an election that was free and fair and a Nigeria where anybody can win an election without having to go through what we saw in 2019 elections.

“The National Democratic Institute and International Republican Institute, who were part of the international observers, in a joint statement criticized the 2019 election and said it “fell significantly short of standard set in 2015.”

"The June 12 speech was an opportunity for the President to report his efforts to alter the 2019 election trajectory radically.”

"The President should have continued in the tradition of President Yar’Adua. The latter openly acknowledged that the election that brought him to power was flawed and set in motion the reforms that led to the highly acclaimed 2015 election under President Goodluck Jonathan.

“We had expected the President to use a democracy day speech to tell Nigerians the reforms in the Independent National Electoral Commission that would ensure we have free and fair elections in Nigeria. We expected to hear about the Electoral Bill, which many expected him to assent to before the end of his first year in his second tenure.”

Chidoka, a Peoples Democratic Party chieftain applauded the pronouncement of June 12 as Democracy Day in Nigeria by President Buhari while condemning the absence of the spirit of June 12 in the day.

“June 12 holiday was a step in the right direction, but the turn of events after the declaration has shown it is a cynical move to win political sympathy as it does not deal with fundamental issues that caused the annulment of the election.”

Chidoka, who was former Corps Marshal of Federal Road Safety Corps, pointed out the role of the judiciary in the annulment of June 12 election. “It is important we recollect that the military hinged the annulment of June 12 on the pronouncement of Justice Bassey Ikpeme on June 11 1993. That act of judicial rascality is comparable to the removal of Justice Walter Onnoghen, former Chief Justice of Nigeria, and subsequent replacement without reference to the constitutional requirement of the role of the National Judicial Council in appointment, discipline and removal of Judges.”

A democracy day should offer the President the opportunity to reassure Nigerians that he is indeed a reformed democrat. He should assure Nigerians that he will use his remaining days in office to reverse the emerging anti-democratic culture of the past four years, it is not a day to rehash routine work of government Chidoka argued.

In conclusion, the former minister said, “We need to understand that June 12 is a watershed, and the democracy we enjoy today is a product of struggle, we need to deepen the struggle for democracy.”