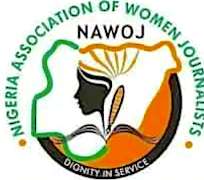 Osun state chapter of Nigeria Association of Women Journalists (NAWOJ) has called for a collaborative efforts between Police and Judiciary towards prompt prosecution of any sexual gender-based violence in the state.

In a statement signed by Osun NAWOJ chairperson and secretary, Mrs Motunrayo Ayegbayo and Florence Babasola respectively, the association frowned at the increasing rate of rape cases in Nigeria, particularly, Osun State.

Promoting the campaign with #JusticeForRAPEvictims, NAWOJ believe, this will serve as deterrent to every would-be offender.

The statement reads in part "As an association saddled with the responsibility of protecting women and children, we are of the opinion that if speedy trial is being given to rape cases, it will go a very long way in curbing the dastardly act.

"As mothers, we are worried at the increasing rate of this crime, all hands must be on deck to nip this trying period in the bud. Starting from the police, rape cases should not be taken with glove hands, they should know that every woman is prone to these predators.

"Police should charge rapists to court without dragging foot on it, on getting to court, our lawyers should please, diligently prosecute rapists, while judges should give rape cases accelerated hearing no matter whose horse is gored.

"Police and Judiciary must not allow families, friends or influencers, supporters of rapist intervene in the matter. This will create fear in the heart of the shameless perpetrators that couldn't resist the evil urge.

"As NAWOJ in Osun, we are combat ready to give enough publicity to any rape case and to support any organisation with the same vision of breaking the culture of silence about rape because to be a woman is not a crime"

NAWOJ, however urged parents to imbibe some values in their girl child by encouraging them to dress properly and stop sending them on unnecessary errands especially at wee hours of the day.