Edo State: A State In Distress Let Us Manage The Stress With A Female Deputy Governor 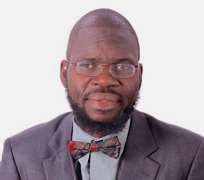 The entire State of the Edo people for far too long have been under mounting stress intensively for the last twelve months, and the stress of ugly State politics has been depressingly affecting the Edo State citizens who are known for their natural strength under the tropic environment of the Edo Kingdom.

The commonly cited sources of stress have been floating from the unyielding man to man war, between two political leaders of the State. The raw stress from the pending issue of the lawmakers who have not been sworn in one year after remains unaddressed.

Amidst the lingering stressful current political climate, is the COVID-19 outbreak that is causing worldwide physical, emotional, and financial stress to everyone, including the people of Edo State.

As the presents of severe political stress continues coupled with the COVID-19 difficulties the reported brutal rape and tragic death of 22-year-old 100 Level student of microbiology at the University of Benin, Vera Uwaila Omozuwa, further makes all the people more stressed and sad as well as uncertain about the nearest future.

Three months from now the dominant political parties in Edo State, the All Progressives Congress (APC) and the People’s Democratic Party (PDP) will elect a Governor for another four years.

Currently the governorship aspirants are males ahead of the September election, 2020.

Man is by nature a political fighter, partly due to what biologist calls testosterone, a hormone which is much lesser in amounts in women, and this hormone plays a major role in terms of aggressive behavior and sensible reactions and response to stress. Even a five-year-old female or male child in Edo State will say that the male dominant politicians have not managed well the political stress of the State. Because politics is very stressful for men, the Edo State people needs a much calmer, more communal and less anxious political hand to help hold Edo State together and bring a healthy balance as we move forward.

With a woman as a Deputy Governor, she will push the State into steady productivity, help enhance collaboration, inspire institutional peacefulness, and help reduce political headaches, political restlessness, angry outbursts, and help work towards a more successful management of the entire surroundings of the Edo State.

The acute stress, episodic stress and chronic stress facing the leadership, institutions and the people can be adequately kept under control with a woman as a running mate to the aspiring male Governor.

Our deputy Governor should be the type that could unearth an image of harmony, love, and happiness around the Edo State. A female of smiling face, workplace seriousness and who will help spread love, unity, and progress across the estimated population five million people of the Edo State.

As an Uromi born male of the Esan tribe, I would like to see a people conscious Esan woman as a deputy Governor.

Nevertheless, no matter which of the four major ethnic groups; namely the Bini, Esan, Owan, and Etsako she comes from, let us hope she can use her prettiness, mind and body to help reduce the tension and stress in Edo State right now, and also in the coming months and years. The truth is, in my opinion, that Nigeria's greatness should never be conceived of as being a one-man business, but, rather, as a collaborative work in progress, to which Edo State is part of, long live the Edo people!

Professor John Egbeazien Oshodi is an American based specialist in National/Forensic/Clinical Psychology and Founder of Psychoafricalytic Psychology. [email protected]