Appraisal Of Roles Of Political Parties In Nigeria’s Democratic System 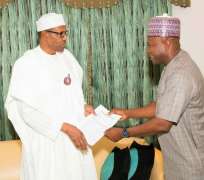 The Juriscope, a LAWQUEST publication, defines a political party as a group of people who have come together for the purpose of taking part in elections with the goal of winning control of the government.

A political party is an organization that expresses the interest of a social class or its strata uniting its most active representatives and directing them towards the attainment of certain goals and ideas. It could also be defined as an organization of people who share the same views about the way power should be used in a country.

According to Wikipedia, a political party is an organized group of people who have the same ideology or who, otherwise, have the same political positions, and field candidates for elections, in an attempt to get them elected and thereby implement the party’s agenda.

In all known democracies, political parties have been the major means for articulating and aggregating the interests of the population, as well as recruiting leaders to compete for political power. Party politics came into Nigeria during the British colonial rule and most pre-independence political parties lacked a national outlook despite fact that most of the founders were committed nationalists who doggedly struggled for and secured our independence.

Sharp divisions along ethnic and religious lines made the political actors devote their energy in pursuit of sectional rather than national interests. Politicians were narrow minded and inward-looking in their policies and programmes. They saw politics and political party as a business for the propagation of ethno-religious objectives at the expense of national integration and nation building.

The Murtala/Obasanjo regime in 1979 returned the country to civil rule by introducing the presidential system of government instead of taking time to study why the parliamentary system of government failed. However, it can be pointed out that while the political parties under the parliamentary system were thick in ethnic differences, parties under the presidential system had more national outlook by having members drawn from across ethnic orientations and solidarity.

It was equally noted that the little change in ideological orientation among the parties did not manifest in the Nigerian political culture since political corruption, and other forms of political vices that characterized the parliamentary political parties assumed greater dimension in the new era.

Nonetheless, subsequent republics suffered the same fate because the political parties which were the main vehicle for mass mobilization and the recruitment of public leaders simply reincarnated from the previous parties. They were basically fashioned to project parochial, religious, regional and ethnic ideas.

Consequently, the second republic collapsed for the failure of the political leaders to establish true national parties.

Undoubtedly political parties form a critical part of the political institution of every democratic society with certain dedicated roles.

Until 1979, there was no deliberate constitutional effort to regulate the number of political parties or to prescribe conditions for the registration.

The Independent National Electoral Commission (INEC), as an election management body, was established by the 1999 Constitution of the Federal Republic of Nigeria (as amended). INEC has remained the longest election management body in Nigeria, having conducted six general elections and several bye-elections since 1999. The successes recorded by INEC in those years have been closely associated with the improved legal framework which raised the bars of operations of political parties.

Thus, both INEC and political parties have remained pliable to the barrage of electoral reforms which took place within the period under reference. Election is mostly valued because it remains the clear symbol of democracy, and democracy represents the highest achievement of mankind so far in the global struggle for progress in social and political relations. Democracy has always been the product of conscious toil, moil, sweat, blood, sacrifice and creativity of millions of people across space and time in the search for a better life.

In a bid to conduct rancor-free elections, INEC has established a dialogue mechanism through which it meets with political parties and other election stakeholders in order to nip complaints in the bud and ensure that every interest is carried along in the electoral process. This idea gave birth to the establishment of the Inter Party Advisory Council (IPAC), which has in addition to institutionalizing dialogues between the political parties and INEC, establishing a social platform for various party leaders to meet and mingle, helps to reduce the spate of violence before, during and after elections. It has also impacted positively on the number of pre and post-election litigations at various courts and election tribunals.

Political parties as a veritable cord for societal cohesion and national integration execute or cause the execution of the mandatory implementation of the Federal Character Principle as enshrined in Section 14 (3) and Section 222 (b) of the 1999 Constitution of the Federal Republic of Nigeria at all levels.

Ultimately, it is evident that aside from nominating and sponsoring candidates for elections, raising the political consciousness of the people through policy advocacies, campaigns, mobilization, formulating different ideas and policies on how a country can be governed, political parties contribute immensely in ensuring that democratic ethos are enhanced and maintained at all times.

Moreover, political parties check the use of power by government through condemning actions of government that fail to meet the expectations and aspirations of the people and/or proffering alternatives or commending the good efforts.

Above all, political parties facilitate civilization and the evolution of more acceptable electoral process. Political parties also determine the local content of democracy in any given country. For instance, in India, which is one of the most populous democracies in the world, apart from having numerous political parties at both national and regional levels, political parties have effectively contributed and made representative governments possible for over six decades. They provide links between the citizens and the government on one hand, and the electorate and their representatives on the other hand. They cater for the people’s demand on public matters, mobilize political participation and create political awareness for peaceful co-existence among the citizenry. Similarly, South Africa has no shortage of political parties. However, only a small number of the parties have real influences and power. Thus political parties in South Africa have not been able to address key issues like racism, unemployment and corruption which have eaten up the fabrics of the country’s economy.

Finally, it could be safe to say that political parties in Nigeria have performed those fundamental roles and responsibilities so creditably in the evolution of our democracy. It is therefore expected that in order to step up on their roles, the National Assembly should consider budgetary institutionalization of political parties as provided in Section 228 (c) and (d) of the 1999 Constitution of the Federal Republic of Nigeria (As Amended) to enable them to perform their duties with greater sense of responsibility and in accordance with the requirements of the law.