Passionate Support For Adesina And Okonjo-iweala: A Second Re-invention Of Buhari? 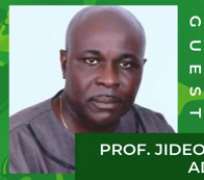 It is gratifying that despite opposition from the United States, the Buhari government not only remained resolute in its support for the re-election bid of Dr Akinwumi Adesina as President of the African Development Bank (AfDB), we were told that with the aviation sector in both Nigeria and Côte d'Ivoire (where Adesina is based) still under lockdown, Buhari “reached out to the Ivorien authorities for special landing permit, and despatched a presidential jet to fetch the AfDB president” to hear his own side of the story in the allegations levelled against him, which the bank’s Ethics Committee investigated and dismissed. I felt proud to be a Nigerian with that level of support.

In the same vein, Buhari also nominated Ngozi Okonjo Iweala, a two-time Minister of Finance, and former Managing Director (Operations) of the World Bank, to be the country’s candidate for the post of Director –General of the World Trade Organization despite protests from Egypt, which had nominated Abdel-Hamid Mamdouh for the same position. While we do not know the reasons behind Buhari withdrawing support for the candidacy of Yonov Frederik Agah, Nigeria’s permanent representative to WTO, for the same position, the switching of support to Okonjo Iweala gels with what people would call optics in governance. While Dr Okonjo Iweala is eminently qualified for the post – as Yonov Frederik Agah is also- with her nomination to such a very visible and powerful global position, Buhari plays to three critical constituencies at the same time - the Igbo who feel the Buhari government is wilfully relegating them to the background, the South-south and the womenfolk who feel the Buhari government could be more gender sensitive.

It should be recalled that when Prof Gambari emerged as the Chief of Staff to President Buhari following the death of Abba Kyari, he mentioned that his primary job would be to serve the President (and by extension the country) and to help safeguard Buhari’s legacy. Buhari’s passionate support for the candidacies of Drs Adesina and Okonjo-Iweala for the two top global positions runs counter to his perceptions as clannish and sectional. It is not just that both Adesina and Okonjo-Iweala do not share the same ethnicity, region and religion as Buhari, they also served the PDP government that Buhari defeated to come to power. This raises the suspicion that the passion with which the President is supporting the candidacies of both technocrats could be part of a second re-invention, which remarkably coincides with the emergence of Professor Gambari as Buhari’s new Chief of Staff. While we may never know whether Professor Gambari, a former Minister of Foreign Affairs and a distinguished international diplomat, is driving this second re-invention or not, what is clear is that it presents another golden opportunity for Buhari to broaden his support base and ensure a ‘national legacy’ when he is no longer around.

There are several observations to be made from Buhari’s supposed clannishness and suspected second re-invention:

One, Buhari’s first re-invention was during the run-up to the 2015 presidential election. It should be recalled that up till the 2015 election Buhari had serious image problem in most parts of the South – largely on allegations of Northern and Islamic biases. Largely because of these, he was not able to gain 25 per cent of the votes in any of the states in the Southern part of the country until he went into alliance with some regional political parties led by Tinubu’s Action Congress of Nigeria in the run-up to the 2015 elections. As the party’s presidential candidate, APC strategists sought to re-invent Buhari –by emphasizing that some of the negative narratives that followed him from his time as military Head of State were concocted or dictated by the nature of military regimes. They also emphasized that he had become a born-again democrat. And to countenance the narrative of being clannish, Buhari was dressed in the traditional attire of different ethnic groups during the campaign – and even in Western jacket! My favourite of those attire re-inventions was where he was dressed in a pair of jacket, (without his trademark ‘Shagari cap’) and with a new pair of glasses which made him look every inch like a disciplinarian school principal. In every region he visited, the leaders of the community were mobilized to welcome him like a statesman and hero. I wrote at that time that whatever might be the outcome of the election, that Buhari had already won an important symbolic victory. In fact if Buhari did not win the 2015 election, he would have become perhaps the greatest living political saint across many parts of the country. In most parts of the South, he quickly transited from pariah to hero. This is one of the reasons many people were disappointed that he did not build on that hugely successful re-invention as he settled down to govern.

Two, though the Buhari government has done quite a couple of things that ordinarily deserve national applause such as its investments in infrastructure development, its support for agriculture, its response to the xenophobic attacks against Nigerians in South Africa and its empathic response to the Onitsha fire incident in October 2019, these often come in spurts or with the government quickly relapsing to its suspected comfort zone of targeting the applause of only a narrow constituency of its support base. This raises the question of whether the remarkable support given to Dr Adesina and Ngozi Okonjo Iweala will be the beginning of a second re-invention, and if so, whether it can be sustained.

Three, while it is true that political appointments are merely an elite game that rarely benefits the common people (what for instance does an Igbo farmer gain from Ngozi Okonjo Iweala being the DG of WTO?), a perception that a government is fair to one’s constituency is salutary to development and facilitates the nation-building process. Similarly though ethnicity is merely a mask used to camouflage the competition for power and environmental resources between the various ethnic, regional and religious factions of the political elite, over time it has acquired an objective character. This means that it now exists on its own independent of the competition for any environmental resource. In essence, ethnicity and other forms of identity politics are critical prisms used by the generality of Nigerians for framing political discourses and filtering realities from the Nigerian socio-political environments. This is why we have ‘ethnic watchers’ across all the ethnic groups - to see how their ethnic in-group is favoured or disfavoured by any regime. It is therefore unhelpful for anyone to pretend to be above ethnic and religious considerations because from identity studies we know that any identity that is perceived to be under threat, is the one most vociferously defended. This means that even the most cosmopolitan, once he feels that one of the mosaic of identities that he bears is under threat, the person will automatically rise up in defence of that identity. This is precisely why it is important that governments pay attention to the optics of governance.

Four, remarkably criticisms of Buhari’s supposed clannishness – a past time of many Nigerians, especially those from the South - paradoxically exposes many of us as hypocrites. For instance while a number of South-west politicians and public intellectuals lead the charge in accusing the North of “born-to-rule mentality”, they find nothing wrong in elements from the same South-west zone positioning themselves to succeed Buhari in 2023, despite the fact that the zone produced the President of the country for eight years (i.e. Obasanjo’s presidency 1999-2007) and the Vice President for another eight years (i.e. Osinbajo, 2015-2023) in the current democratic dispensation. Similarly, in many of the states in the South-East (which uses Igbo marginalization to frame national political discourse), no one sees anything wrong in some senatorial zones in some states being effectively shut out from having a shot at the governorship. In the same vein there are some local governments in the zone (and also across the country) where the most populous towns or ones with the most connected people feel a sense of entitlement to monopolize the chairmanship of the Local Government Area.

In Anambra state for instance, there is currently an ongoing discussion on whether zoning and power rotation should be applicable in the 2021 governorship election in the state or not. Remarkably people take positions in this debate not on the basis of justice (as you would expect people who use marginalization to frame national political discourse) but on expediency - basically which position will butter their bread more NOW. Across the country the story is more or less the same: the Tivs feel it is OK to monopolize the right to produce the Governor of Benue State – just as the Igalas did in Kogi (until fate made Yahaya Bello Governor).

In essence as we speculate on Buhari’s possible second re-invention, it is also germane to examine whether four of our fingers are pointing accusingly at us – as we point one at Buhari.