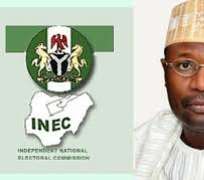 According to the timeline, all the parties must, between June 2 and June 27, conduct their primaries to pick their candidates for the election.

INEC, in a statement on Tuesday in Abuja, said the release of the schedules and date was in accordance with Sections 85 and 87 of the Electoral Act 2010 (as amended) revealing that of the 15 parties participating in the election, only APC would adopt direct primary to pick its candidate, while others would do so through indirect primary.

In the statement by the National Commissioner in charge of Voter Education and Information, Festus Okoye, INEC said 15 out of the 18 registered political parties had notified the commission of their intention to conduct primaries to pick their governorship candidates.

It added that by the timetable and schedule of activities issued by the commission on February 6, 2020, primaries for Edo State governorship election would take place between June 2 and 27.

ADP is expected to hold its primary on June 25, while the mode of the election is indirect.

APC would hold its governorship primary on June 22 and the mode of election is direct election, while the All Progressives Grand Alliance (APGA) would conduct its primary on June 25, using the indirect system.

Other political parties like APM would hold its primary on June 27 and the mode of election is indirect. APP primary would take place on June 26 and the mode is also indirect.

PDP would hold its governorship primary election between June 19 and 20.

Labour Party, NNPP, NRM, SDP, YPP and ZLP would conduct their primaries through indirect mode from June 14 to 27.

INEC appealed to the political parties to conduct their primaries in full compliance with the provisions of the 1999 Constitution and Electoral Act 2010 (as amended), Regulations and Guidelines for the Conduct of Political Party Primaries (2018) and the INEC Police COVID-19 Pandemic of 21 May, 2020.

It also warned the political parties to shun all acts capable of breaching the peace and unsettling the peace and order of the state and jeopardising the health and safety of party members, election officials and observers.