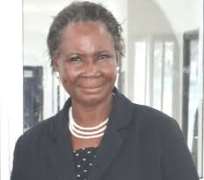 A press statement released on Monday by the institution's Registrar, Dr. Alfred Mulade, said that the fraud allegation against the former Vice Chancellor, was the figment of anti-development agents who don't want the growth of the University.

He explained that the management of the university had probed the allegations raised and come to the conclusion that it would be difficult to perpetrate such fraud as the institution was guided by extant financial regulations and standards since inception.

"The attention of the Management of Nigeria Maritime University, has been drawn to spurious allegations of theft by Vice-Chancellor of the University of the sum of N3.4b take-off fund and another sum of N100m grant donated by Delta state government allegedly transferred into the Vice Chancellor’s personal UBA Account.

"We wish to state from the outset that, the allegation is false, misleading, embarrassing and vexatious. It is calculated at defaming the character of the Vice Chancellor and the reputation of the institution.

"To put the records straight, and for the benefit of the general public, Management state herewith, that Nigeria Maritime University is a public institution guided by extant financial regulations and standards, and whose records are accessible to deserving members of the public and subject to scrutiny to the extent allowed by law.

"Any serious minded and dispassionate person who wishes to know how the funding of the University is done would have no difficulty in arriving at the true state of financial affairs of the University.

"The University therefore distances itself from this falsehood and urged those perpetrating the falsehood to retract the report and retrace their steps from the mischievous intent to bring the reputation of the institution to disrepute.

"The University has concluded plans to press legal charges against anyone found wanting in the ongoing campaign of falsehood against the institution and its staff both former and still in active service".