Most men are rapist 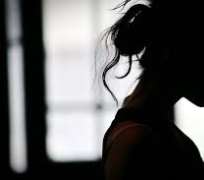 I just heard the most idiotic statement in a group this night. As the debate over rape rages on all over the world, people on different fora are debating the issue with a view of better understanding the spike in the cases.

Just this evening, I had a chat with a hardworking legal eagle with Lagos State and she told me the challenges they are facing in prosecuting especially with the inability of people to come out to testify.

And with a bang, the statement dropped like thunderbolt in a WhatsApp group that counts as members some of the most responsible and well accomplished Nigerians

Most men have raped... she thunders and most men know men who have raped and concluded by saying that is why they keep quiet.

This statement is the crux of the matter today. The emotional outbursts that blinds logic and facts blinding genuine attempts at seeking credible solutions to a malaise that is killing the country.

The one sided view of the issue, the emotive nature and the mob like push leading to a convulsing and confused approach to a terrible disaster we face.

Rape is evil and hideous and must be stamped out of society. We must arrive very quickly at a zero tolerance of this canker worm.

Everybody must have it at the back of their minds to defend the dignity of not only the Nigerian womanhood but any Nigerian who is a victim or could be a victim. We must have Neighbourhood watches. Better educate our children especially the girl child so they can see the signs very early and jump out of the way.

Our boys and young men from birth should learn how to respect womanhood and understand that No means No and nothing else.

A rapist is a ghoulish monster that must not be allowed to fester in our society and all hands must be on deck to rid society of this growing menace.

Hence the danger of these kinds of statements that I have heard this night, because if allowed, it could grow distrust, obfuscate the issue and build a maze around it thereby complicating all genuine attempts at seeking clarity.

Madam, "no, most men are not Rapist and yes most men dont know any Rapist".

I Joseph Edgar have never raped and I' am very sure that the vast majority of men have and will never rape and this night I vow as with the over 6000 people reading this to fight for the cause against rape through all possible means if for nothing else to save our children both male and female from this.

You miss the point where u think its your apology I seek. Far from it. The issue on the ground here is far bigger than what your half hearted apology would achieve.

We have a war on our hands kindly let us focus.
Edgar, an investment banker and theatre producer, writes from Lagos,Nigeria