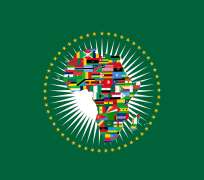 How do we explain to the children that we have lived a borrowed and fake culture all our life? An African adage implore we must not throw the baby out with the bathwater. We pride ourselves as International Boy or Girl v. Local Boy or Girl!

The language we speak with children is not ours, the Religion in which we baptized them is not ours, our Political-economy was not taught by Nkrumah, Nyerere, Luthuli or thought out by African brains. But are dictated by the International Monetary Fund and World Bank. They are designed to keep African economies as raw material suppliers at subsistence level of survival so that we can be indebted to Developed countries. If you cannot believe it, you can accept that you are living it. As long as some leaders live well from crumbs that gave foreigners advantageous relationships, they drag the African masses along. Preached it as the only way to achieve economic prosperity.

Where do all these leave us today since we cannot differentiate the good qualities of our Culture, Arts and Science from the worst form of cultural adulteration. The worst comparison is that Rome was not built in a day and the United States evolved to this stage after Independence (as if they are governed by angels). Well, Africa was not born yesterday. Our civilization is older and the fact that we were turned into the Dark Continent does not mean we cannot revive within instead of groping for ideologies far offshore or well-done products at any cost. If anything, recent experience of Africans outside our Continent is a demonstration that those evil forces against Progress and Civil Rights of Africans have never given up. They have been "Amending" Civil Rights since 1800. Promising future prospect.

Indeed, they are looking for more conquests and succeeding by converting land and employing more slave labor to enrich themselves. It started with Pope Nicholas V blessing order to Portugal in search of fortune and slaves for European Markets: the treatment of black Gentiles was addressed in 1452 and 1455, when Pope Nicolas V issued a series of papal bulls that granted Portugal the right to enslave sub-Saharan Africans. https://ldhi.library.cofc.edu/exhibits/show/african_laborers_for_a_new_emp/pope_nicolas_v_and_the_portugu.

Promises of Independence and the end of slavery did not come out alone from the good hearts of some oppressors or colonial masters but out of demand, agitation and when it became too risky to their lives and illegally trade or business. The Marshall Plan that rebuilt Europe turned to empty promises in Africa. Political Independence spitefully turned Haiti into the poorest Country in their hemisphere. If they can exploit Haiti to wretchedness because of leaders like Bookman, why would they love economic Independence thousands of miles away in Africa?

If Africa is so bad, it would not have survived after all these years of exploitation or even attract all these foreigners still looking for a killer profit here. Now the Asians are coming for a piece since Africans are still easily receptive as soft targets. While consolidating their oppressive hold on Diaspora Africans, they no longer need more of us abroad when we can be employed cheaper at home to boost their profits. We must cut off our sweet tooth addiction of opium on their readymade products and build ourselves up from scratch.

African countries are arable, not the Desert where the children of Israel blamed Moses for starving them, claiming they were better off under slave labor. Most of us counsel and prevent our loved ones from going back into abusive disadvantageous relationships. However, if that is the only source of sustenance in life for us and our children, chances are we go back to the same toxic jobs, the same house and the same environment for another paycheck for fear of starving: disregarding our strength and talents. No, better die at Home fighting to protect what foreigners want from us, where we belong than being snuffed out abroad under a knee of desperado like a subhuman.

Our dependency on strange land that our forefathers had explored on adventure later turned into slave plantations we did not expect, abused and forced into servitude. Our first generation of leaders that studied abroad and our soldiers that fought to rescue Europe during World War I & II saw through the hypocrisy of fighting for Freedom they did not enjoy at home.

Somehow, these struggles were lost in a new generation of leaders that refused to learn history or got mis-educated. They put their salvation in the hands and goodness of slave masters looking out for their own best interests. Even worse they passed the same indoctrination to their children that were encouraged to shun their Cultures and languages.

This is why our economy is "rated" on how much of their foreign currencies we have in our Reserves to patronize their products and services for six months to a year. It has got to the point where almost everything we live on were dictated by these foreigners. We thought we were so rich in a few African countries by earning their printed currencies as credits. Indeed, foreign currencies are just printed pretty promissory notes to discourage, devalue and displace our local currency. If we had no way of printing money we spend in exchange for our addiction to foreign goods and services, we must accept their terms.

We have adapted to foreign tastes in order to be seen as "civilized". But first, we have to use impact decoupling against their finished products rather than our raw materials "refined" abroad and sold back to us with their foreign currencies. Shey you get?

Therefore, if we do not have their currencies, printed at their pleasure, we do not have an economy! Action must be taken to reverse most trading in goods and services outside Africa to spur production at Home. You can only circulate money or pay those you do businesses with. It gets worse as the Ports of some African countries are used to sneak in banned foreign goods.

When Africans create an environment where their own children can no longer live proudly at home or in peace abroad, it is time to listen to our uncomfortable loved ones like sick patients under the care of psychiatrists. No place like Home.