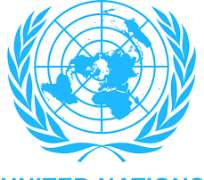 The Prominent Civil Rights Advocacy group-: HUMAN RIGHTS WRITERS ASSOCIATION OF NIGERIA (HURIWA) has appealed to the Igbo speaking people all over the World and the hierarchy of the United Nations to wade into the imminent threats to the lives of the inhabitants of the South East of Nigeria by armed Fulani herdsmen and other terrorists disguising as ALMAJIRAI who are flooding into South East of Nigeria aided by armed security forces who have compromised the ban on Inter-State travels imposed superficially by President Muhammadu Buhari in a bid to stave off the spread of CORONAVIRUS PANDEMIC.

HURIWA also commended the multibillionaire businessman Alhaji Aliko Dangote for immediately dissociating and his company of collusion and debunked the accusation of involvement in the smuggling to the South East of Nigeria of terrorists who disguised as displaced ALMAJIRAI from NORTHERN NIGERIA and hidden in between bags of foodstuffs and livestock being transported across Southern Nigeria from NORTHERN NIGERIA.

After the total exoneration of Aliko Dangote from any accusations of masterminding the invasion, the Prominent Civil Rights Advocacy group HUMAN RIGHTS WRITERS ASSOCIATION OF NIGERIA (HURIWA) has therefore stated that it is imperative that the global community of Igbo speaking people are made aware of these threats hanging around the necks of their Parents and siblings living in the South East of Nigeria and the need for those of them who hold other nation's passports to call the attention of World leaders and the hierarchy of the United Nations organisation to step up interventions and strategic pressures on the current Federal Government of Nigeria to take all verifiable, credible and concrete measures to stop the invasion of South East of Nigeria by terrorists masquerading as ALMAJIRAI.

HURIWA said this call for global awakening of the imminent threats to the lives of the people of South East of Nigeria is coming against the backdrop of the well thought out alarm raised by the Catholic Priest and Archbishop of Owerri, Most Rev. Anthony John Valentine Obinna; who has raised the alarm over a plot by armed herdsmen from Northern Nigeria to wipe out the Igbos. Further, Archbishop Obinna has alleged that the plot involves a take-over of lands belonging to South Easterners.

HURIWA stated that many other credible groups have similarly issued well generated and analysed reports about these threats to South East of Nigeria and therefore it is time that concrete steps are activated globally to stop these thickening plots from ever coming to fruition just as the Rights group said the stakeholders must fashion out mechanisms for self defence because clearly the Nigerian Police Force and the other Security forces are overwhelmed.

"HURIWA has taken note of the report that the Senior Catholic Cleric has Consequently, called on the Imo State Governor, Hope Uzodinma; as well as other governors in the South East to rise up and defend the people and their lands."

HURIWA recalled that Specifically, the respected Catholic cleric made this call in an open letter dated Monday, June 1st 2020 just as Archbishop Obinna who has served as the Metropolitan Archbishop of Owerri, a position he had held since March 26, 1994 Said it was urgent that the terror plots against South East of Nigeria are nipped in the bud.

HURIWA recalled that the Cleric had stated that: ‘‘In the midst of the fear, panic and anxiety caused by the coronavirus (COVID-19) pandemic; it is unfortunate, sad and very depressing that our people are being subjected to vicious threats and acts of invasion; massacre and sack from herdsmen from the Northern part of Nigeria.The hatred against Igbos in Nigeria has been demonstrated through Nigeria’s brutal war against Igbos who has decided to live on their own as Biafrans away from a Nigeria that had rejected them with so many merciless killings in cold blood."

HURIWA quoted news report as stating that the Owerri Catholic Archibishop and one of the most senior Church leaders in Nigeria had also averted as followed: "Not satisfied with defeating us in an uneven war; there is this threat to wipe out the Igbos and take over our God-given homes and lands. Having already spoken to Governor Hope Uzodinma on these threats; I hereby publicly charge him to recognize that it is his primary duty as the Chief Security Officer of Imo State to protect the lives of Imo people, their homes and their lands.Your Excellency, your voice should be loud and clear on this death issue. I equally charge other Igbo governors and all leaders at various levels to protect our people, our homes and our lands. I urge all our people to rise up in prayer to God, in vigilance and in legitimate self-defence.The right to life, to our homes and to our lands is God-given. May God our Supreme Protector and Defender come to our aid".

HURIWA also expressed consternation that the South East governors are not committed to the sscurity of the region but are busy hobnobbing with the Inspector General of Police Mohammed Adamu under whose leadership of the Nigerian Police Force, the policing institution has over the years failed to stop the consistent attacks by armed terrorists, armed Fulani herdsmen and bandits of many States in the North West and North Central with hundreds of persons killed and communities destroyed.

HURIWA said:"The present crop of South East governors are heavily compromised. They are unable to put MEASURES in place to stop these invasions of terrorists into the region. These governors failed to set up their regional security network but are caught in the confusing webs of meaningless negotiations with the Inspector General of Police Mohammed Adamu who is opposed to the setting up of a regional security and vigilante groups to stop the attacks of this region.. This is why we are calling on Igbo people Worldwide to intervene and bring this issue to the front burners of global discuss ".