Number Of Igbo Communities & Other Locations Occupied By Jihadist Herdsmen Has Risen To 400 (Photos:"Viewer discretion advised" 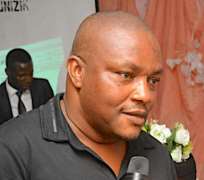 4th June 2020, Intersociety, Onitsha, Eastern Nigeria: Updated Summary: The number of Igbo Communities, Villages and other Locations occupied by the Jihadist Fulani Herdsmen has now risen to no fewer than 400, from 350 reported in our research report of 27th May 2020. In our latest updates, total of 368 Igbo communities have been identified and 32 ‘dark figures’ added; bringing the total to not less than 400. With our latest updates, Enugu State still top the list with 92, Anambra 87, Imo 64, Abia 47, Ebonyi 41, Igbo Delta 22 and Igbo Rivers 15. While Enugu State has addition of 20 communities, Anambra has 17, Imo 3, Abia 4, Ebonyi 5, Delta Igbo 1 and Igbo Rivers nil. The list may end up hitting 450 communities; meaning that the Jihadist Fulani Herdsmen and their ‘imported’ jihadist allies will have, in the end, occupied over two States and-a-half in Igbo Land. Presently, there are 189 autonomous communities in Anambra State, 187 in Enugu and about 122 in Ebonyi, totaling 498 autonomous communities. Mutilated and Lifeless Body of Mother of Children Slaughtered by the Jihadists.

We strongly condemn the latest butchery in Southern Kaduna, an area surrounded by military and police formations, yet no signs of state security presence during such attacks. We also brought the butchery to the fore to further expose the patterns and trends including jihadist intents of the Jihadist Fulani Herdsmen following their massive movement and occupation of forests, bushes, farmlands and river-lines of several parts of Igbo Land. The Southern Kaduna butchery also exposed how heavily compromised the country’s security agencies and their leaderships are; to the extent that they decline intervention when defenseless citizens of Christian faith are under fatal attacks by the Jihadists but intervene with uttermost speed when cows are reported to have been attacked or gone missing. For purpose of this research study, it is necessary to again refresh the minds of the ‘attentive’ and the ‘un-attentive’ public with a working definition of ‘invasion’ and ‘occupation’ of Igbo communities by the Jihadist Fulani Herdsmen and their ‘imported’ allies including the Shuwa Arabs. By invasion and occupation, they mean any Igbo Community or Village or Location jointly invaded by Jihadist Fulani Herdsmen and their Shuwa Arab brothers or singly invaded by the former for purpose or with intent to occupy same permanently or temporarily; or being raided constantly or subjected to periodic or constant attacks by the Jihadists from within or nearby community, village or location.

It is also malicious occupation when a group of violent or armed citizens with track records of bloodshed and religious radicalism forcefully and illegitimately enter and occupy permanently or temporarily a farmland or bush or forest or river-line belonging not to them; and done outside the consent of their indigenous owners. These include threatening the community or its leaders with fears and violence or maliciously inducing them with money or material things so as to secure or gain unauthorized or forceful access. If Mmiata-Anam Community in Anambra West LGA of Anambra State, for instance, was attacked last year and six killed and the Jihadists temporarily relocated to neighboring areas, ‘in legal and criminological research’, the Community is inclusive in the list of those under Jihadist Herdsmen occupation; likewise another facing periodic or constant raiding and destruction of its farmlands or bushes or lives from a Jihadist Fulani camp in a nearby community, or Village, or Location.

Such ‘attacks’ or ‘violence’ include unauthorized entering of any Igbo community, or village, or location by the accused; destruction of farmlands and agricultural produce or economic trees and crops belonging to such community, or village, or location. Attacks by the occupying force are also involved when such community is threatened or about to be threatened with violence; forcing same to live in fear or feel unsecure. Attacks against such community further involve crime against persons such as loss of lives and sexual violence including rape and forced pregnancies and marriages; or use of same to propagate radical Islamism including forceful or induced conversion to Islam or raising new Muslim population through same. Crimes against properties also constitute Jihadist Herdsmen attacks. These include armed robbery, abduction for ransom, seizure and occupation of lands and other forms of property violence.

Ozubulu Community: A Case Of Ogirisi & Mkpodu Trees: A famous hinterland Igbo adage says: “oke na olu dialu okenye bu ikpolu nwata kpoje ya n’ ukwu ogirisi ebe oga efe mmuo, mana ya bu nwata hapu ya jebe n’ ukwu mkpodu, imalu n’ ndi mmuo agba goru okenye ahu aka ebe”. That is to say that Ozubulu Community in Ekwusigo LGA of Anambra State, which claimed to have ‘searched’ and ‘combed’ in one day of their bushes and forests and ‘found no Fulani Herdsmen in the end; was very hasty and tactless. In other words, “finding no Fulani Herdsmen in Ozubulu” as at the time of the said search is not enough proof to conclude that the Community is not among those under the occupation or threats by the Jihadist Fulani Herdsmen.

In Mmiata-Anam (Anambra West LGA), they invaded, killed six and retreated. At times, they would invade, destroy farmlands and farm crops and retreat to nearby camp such as in Aguleri. The Ozubulu Community should have appreciated their inclusion in the list of our research work and seen same as a wakeup call to be extremely vigilant as many other Igbo communities left excluded have been on our neck, pleading for inclusion.

Factually speaking, Ozubulu Community must have done a hasty and half-hazard job; with sketchy intents. For clarity, the Community shares ‘Odekpe/Oba/Atani/Ozubulu Forest Swamps’ with Atani, Odekpe and Oba Communities. The Forest Swamps also join the three Local Government Areas of Ogbaru, Idemmili South and Ekwusigo; with larger part of same located in Ogbaru. In our research work, it was found that the Forest Swamps play host to main Jihadist Fulani Herdsmen camp from where they wreck havocs on the farmlands, river-lines, bushes and forests of the named communities including Ozubulu and Oba. The Jihadist Herdsmen settlement in the area was also aided by the location of the Nigerian Naval Base in Ogbaru. The earlier information about ‘Enugwu-Ozubulu’ as one of their hideouts was supplied to Intersociety by a university don who hails from the Community.

Another typical example can be found in Nimo Community, Njikoka Local Government Area of Anambra State where Jihadist Fulani Herdsmen permanently occupy two bushes/forests located at Agu-Owa (between Nimo and Nneni) and Abba Village in the Community, from where they wreck havocs in surrounding communities of Nneni, Enugwu-Ukwu, Eziowelle, Adazi-Enu, Adazi-Ani, Abacha, Abagana, etc. In our research work, those Communities mentioned must be factored in as ‘among those under Jihadist Fulani Herdsmen occupation and threats’.

Anambra State: They are in Umuomaku Community in Orumba South and Nawgu in Dunukofia Local Government Area. They are also in Umuoji, Ogidi (Umuoji/Ogidi boundary forest) and Agu-Nkpor Communities in Idemmili North LGA and Ojoto in Idemmili South LGA. In Nimo Community, Njikoka LGA, they have permanently settled at two locations of Abba Village and Agu-Owa Village (Nimo/Nneni boundary), from where they wreck havocs in surrounding Communities of Enugwu-Ukwu, Eziowelle, Abacha, Adazi-Enu, Adazi-Ani, Abagana, etc. Communities of Ideani, Uke, Abatete and Nnobi, etc are also affected by the movement and violent activities of the Jihadist Herdsmen and their cows in the area. It is also suspected that they have moved in and occupied the Umunze/Ezira/Umuchu boundary Forest.

Abia State: They are in Lekwesi Community in Umunneochi LGA, Okobo Plantation in Arochukwu, Arochukwu LGA and Achara-Umuihe in Umuihe Community and Umueke Village in Owerrenta Community; all in Isiala-Ngwa LGA of Abia State. Confirming the Jihadist Herdsmen occupation of Alayi Community in Bende Local Government Area, a native of the Community has this to tell Intersociety: “in view of the ongoing reports about Igbo communities and villages occupied by the Jihadist Herdsmen, for the avoidance of the doubt, the leaders of our Village-the Amaokwelu Village og Alayi were recently invited by the Nigeria Police at Uzuakoli, claiming the missing of five cows belonging to the occupying Fulani Herdsmen. They took us to an uncompleted building where they said the five cows disappeared and as it stands now, we do not know what the Police and the occupying Herdsmen have in mind, please come to our rescue”.

Imo State: They are seriously suspected to be occupying Omuma, Akata and Amiri Communities in Oru East LGA through the Akwu Forest that joins the three communities. In Ebonyi State, they are in Ohofia-Agba and Obeagu Communities in Isielu LGA and Isu, Oshiri and Ukawu Communities in Onicha Local Government Area. In Delta State (Igbo Delta), they have not only moved in and occupied Ashama Community in Aniocha South LGA of Delta State, a concerned native of the Community also has this to tell Intersociety few days ago: “Thank you for your effort. Please always mention Ashama as one of the communities occupied by these (jihadist) hoodlums. We have reported to the Local Government Chairman (of Aniocha South) and the Police. They (Jihadists) were invited and mandated to leave our farmlands but up till now, they have remained adamant. It is a very big problem to us. Our people are scared of going to their farms”.