How we Kidnapped, Killed And Buried A Benin Lawyer 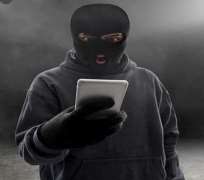 An Edo State-based lawyer, Iyoha Osobase Omon, has been murdered, with his remains buried in a shallow grave.

This was disclosed by the spokesman of the Edo State Police Command, Deputy Superintendent of Police Chidi Nwabuzor, on Tuesday in a statement.

Nwabuzor said the killers of the lawyer, who admitted to the crime, led police investigators to the shallow grave where Omon was buried in Benin City, the Edo State capital.

He said Omon’s remains were on Tuesday exhumed by pathologists from the Central Hospital, Benin City and taken to the hospital’s mortuary for autopsy.

According to the police, the command received a complaint from one Ukato Thompson on May 7, 2020 that his brother, 41-year-old Omon, had been kidnapped by one Osasu Osadolor and his gang members at Evbuomodu village, Aduwawa, Benin City.

Nwabuzor said thereafter, operatives of the anti-kidnapping and cybercrime units immediately took over the case from Aduwawa Police Division after a preliminary investigation.

He said on May 19, 2020, Osadolor, the alleged kidnap kingpin, was arrested with a black coloured Lexus 330 Jeep, with registration number: BEN – 374 – CU, reportedly used in kidnapping the victim.

The suspects were said to have confessed to beating up the victim and later dropped him somewhere along old Benin-Auchi Road, Aduwawa, Benin City.

The police statement revealed that on June 2, 2020, the operatives, while furthering their investigation, arrested two other gang members, one Leonard David (21 years old) and Valentine Dibie (24 years old).

They maintained that all the suspects confessed to conspiracy, kidnapping and the murder of Omon, whom they allegedly killed and buried in a bush close to his house at Aduwawa, Benin City.