Press Conference Community To Community, People To People, We Stand United Against Racism And Injustice 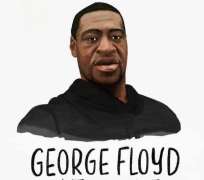 The Arab and Muslim American communities will be holding a press conference on Wednesday, June 3, 2020 at 3:00 p.m. The conference will be held at the Islamic Center of Detroit (ICD) located at 14350 Tireman Street in Detroit, Michigan.

Leaders at this community gathering will express full solidarity with our brothers and sisters in the African American community and unequivocally condemning the murder of Mr. George Floyd in Minnesota. Mr. Floyd was a victim of police brutality, an ongoing challenge facing African Americans. The killing of Mr. Floyd sparked anger and protests in Detroit and many cities across the nation. The sentiment of these protests is a call for an end to racial injustice and police violations of the rights of African Americans.

We are united against all forms of racism and we call for justice, inclusion and equality for everyone. We stand together, community to community, people to people, against systemic racism and police brutality. Enough is enough. Time is due for real policing reform in order to avoid this cycle of violence of condemnation.

We call for constructive engagement with law enforcement. The vast majority of police officers are honorable and they are our sons, daughters, brothers, sisters or neighbors. Reform is possible.

The right to protest is a basic right. However, we condemn all forms of violence, looting, destruction of private and public property. These actions do not represent the peaceful protesters who are seeking justice. Disorder changes the national conversation from that of policing reform to that of law and order.