Investigation Of Rape/killing Of Vera Uwaila Omozuwa Must Be Thorough And Professional- Huriwa Charges Police: 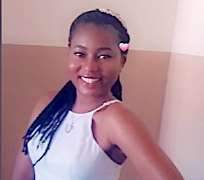 The Prominent Civil Rights Advocacy group-: HUMAN RIGHTS WRITERS ASSOCIATION OF NIGERIA (HURIWA) is worried that the Police may scuttle and muddle up the investigations of the circumstances and the persons responsible for the dastardly sexual violation and gruesome murder of the 100 level Microbiology Student of the University of Benin Miss. Vera Uwaila Omozuwa last week due to political pressure.

HURIWA said the Nigerian Police Force should be focused, comprehensive and organised so as to generate extensive and faultless body of evidence that will stand the test of time just as the Rights group said although it is good that many of the senior aides of President Muhammadu Buhari have shown some considerable zeal and interests in the matter, it however warned that the Police must not work under political pressure to justify the expectations of these politically connected staff of President Muhammadu Buhari including his Personal Assistant on New Media Bashir Ahmed and the Chairman of the National Diapora Commission Mrs. Abike DABIRI Erewa amongst a plethora of other staff of the President who have started sharing information from the Police on the arrest made so far in connection with that heinous crime of rape and murder of an innocent girl.

HURIWA is concerned that the Nigerian Police Force in a bid to dramatize that it is professionally competent may make the historical mistake of treating this atrocious act as a media showmanship and then fail to scientifically generate unassailable body of factual evidence to pin down the suspects to this notorious crime of rape and murder of a University student inside of a Church of God.

"We have observed with consternation that it does not appear that the Police cordoned off the crime scene with a view to uncover the finger prints of the suspects just as the Rights group said if it is true that the Crime scene has been set ablaze by some aggrieved Students of the University of Benin then the Police has indeed failed in its primary duty of protecting crime scenes so as to preserve empirical evidence that will nail all the suspects without exceptions. In foreign jurisdictions, when such a grave crime occurs the security services do not allow any other person to access the crime scene not until all the critical piece of forensic evidence to aid the investigation are gathered and secured.. Let this case be a litmus test for the Nigerian Police to show their professionalism ij crime investigation. The Nigerian Police Force must not treat this case like a media spectacle to score a goal or make a point but the Police needs to be meticulous and down- to- earth to ensure that all the right suspects are rounded up and top notch evidence built up to sustain the successful prosecution of these murders who have hearts of stone. We urge the Chief Justice of Nigeria to draw up guidelines so criminal cases do not suffer undue delay or technicalities.

HURIWA stated that it has watched as the celebrated case of the murder of this innocent University girl has become a topic of intensed debates on tweeter accounts of top government officials and we are worried that just like some cases that enjoyed similar celebrity status in the past that ended up controversially and quickly forgotten, the Prominent Civil Rights Advocacy group HUMAN RIGHTS WRITERS ASSOCIATION OF NIGERIA (HURIWA) has called on Nigerians to monitor the Police to ensure that this matter is not sacrificed on the alter of compromise and politics.

"Nigerians should never lose focus of this grave crime that has jolted the National conscience. This must not be like other matters that were seen and discussed when they occured only for this national sense of forgetfulness to creep in and the matter would be forgotten by the citizens. We must be collectively resolved and determined to see to the logical end of this matter."

HURIWA reminded the Nigerian Police Force that under the principle of criminal law as enunciated by experts the traditional approach to criminal law has been that a crime is an act that is morally wrong. The purpose of criminal sanctions was to make the offender give retribution for harm done and expiate his moral guilt; punishment was to be meted out in proportion to the guilt of the accused...In the United States a Model Penal Code proposed by the American Law Institute in 1962 states that an objective of criminal law should be “to give fair warning of the nature of the conduct declared to constitute an offense” and “to promote the correction and rehabilitation of offenders.” Since that time there has been renewed interest in the concept of general prevention, including both the deterrence of possible offenders and the stabilization and strengthening of social norms.

HURIWA however carpeted the Nigerian government for failing over the years to build the investigative and enforcement capacities of the policing institution which is why there are thousands of serious crimes that happen all the time that are left untreated and therefore allowing perpetrators of such high profile allegations and heinous crimes to walk the streets freely. The Rights group said it was inexplicable and unjustifiable tjat till date the Nigerian Police Force does not have a National crimes data bank and online crime register for the storage of finger prints just as the Rights group said Nigeria is yet to come to terms with the 21st century compliant facilities and tools for prevention, detection and combat of violent crimes such as mass murders, rape and other terror-related offences.