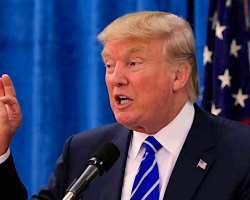 The United States President, Donald Trump announced on Friday that he will terminate its relationship with the World Health Organization (WHO) , a move he has threatened throughout the COVID-19 virus regime. “Because they have failed to make the requested and greatly needed reforms, we will be today terminating our relationship with the World Health Organization and redirecting those funds to other worldwide and deserving, urgent global public health needs,” Trump said.

The President said that the “world needs answers from China on the virus. We must have transparency.

“Earlier in his remarks, he said that China had not properly reported information it had about the coronavirus to the World Health Organization and said China had pressured the WHO to “mislead the world.

“Countless lives have been taken and profound economic hardship has been inflicted on people all around the globe.”

The President had previously announced a temporary halt of funding to the WHO and sent a letter to the agency earlier in May saying that the US would permanently pull funding if the WHO did not “commit to major substantive improvements in the next 30 days.”