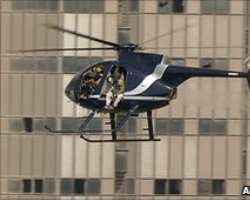 The head of CIA has defended awarding a large contract to the controversial security company formerly known as Blackwater.

The director of the CIA, Leon Penatta, said the company's bid was US $26m less than its nearest rival.

The contract, worth $100m, is to provide security at US consulates in the cities of Herat and Mazar-e-Sharif.

In the wake of the killings, the company rebranded itself Xe Services.

The company ended its operations in Iraq in 2009, in line with a ban by the government.

The US government said in January 2009 that it would not renew the company's task orders.

The new contract with the company initialy runs for a year but could be extended to 18 months.

In a rare television interview with ABC News on Sunday, Leon Panetta said the CIA had come to rely on such companies to provide security for forward bases.

“[Xe] provided a bid that… underbid everyone else by about US $26m. And a panel that we had said that they can do the job, that they have shaped up their act. So there really was not much choice but to accept that contract,” Mr Panetta explained.

As Blackwater the company provided the US government with bodyguards both in Afghanistan and Iraq.

It hit the headlines when four of its bodyguards were ambushed in the Iraqi city of Fallujah and their bodies left hanging from a bridge over the Euphrates River.

Earlier this month the company was put up for sale.