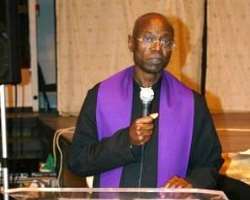 You asked me to share my Covid19 experience! Well, one word or two...Nasty! Deadly!

Some years back we were hearing of Avian flu, SARS, Merz, etc. as deadly diseases in China. Most of those scares did not cross borders. The wider world was sheltered from such attacks and life moved on normally.

When we heard of a new viral infection affecting Wuhan state in China earlyJanuary 2020...we thought that it would be contained locally. We thought we would be spared as has been the case previously. We were wrong!

Soon here in UK we heard that the disease had reached Italy and Spain! We began to get worried!

Around February 2020 I heard of a lady in UK who had travelled to northern Italy and had contracted covid19. I thought that the thing would strike a few people. Life went on.

Meanwhile I began having some shortness of breath and a bit of dry cough. Being winter time, I thought it was symptoms of the cold or flu. I took my usual multivitamins, vitamin C and zinc supplements. I thought I would be spared the full blown flu bout since I had had my flu vaccine in October 2019. Life carried on. Meanwhile Italy and Spain were being hit hard by the virus. UK government began alerting us about the scare.

By early March, things were getting out of hand. Cases were increasingly being reported in the UK and other countries. It was getting really serious now!

By mid March lockdown was announced in UK and othercountries. My last public ministerial service was a funeral for a Ugandan man who had died of esophageal cancer. I conducted the service on Thursday 19th March, feast of St. Joseph, and that weekend was when all catholic churches were ordered to be closed to the public. We had to follow social distance measures during the service. Things were really serious.

Friday 20th March, I began feeling a bit unwell. On Saturday 21st I went to Brixton market to get some garlic, lemon and ginger supplies for my cold. I needed a boost for my immunity.

That weekend, I took a rest as I began having a fever. I thought it was the normal unwellness during this season. I thought it was a common head cold or slight flu. Dry cough and shortness of breath continued.

During the week I began coughing seriously especially in the evening. The lungs were on fire as I coughed! It was an incisive, deeply penetrating pain in the chest.

I would have to sit down during the cough episodes, and the feeling was unbearable! It was as if someone had sprayed hot peppers in my lungs!

I kept doing self medication while taking a rest. By the end of the week, there was no improvement. The dry cough, fever and shortness of breath were unrelenting!

My colleague in the house started helping me with getting me meals in my room as I could not go downstairs to the kitchen to prepare my food.

On Monday 30th March the situation got worse.
My colleague called the NHS (national health service) 111 for advice and support. He waited for almost two hours to speak to someone. When he got through, they only advised me to stay home, keep monitoring the situation and wait for further advice when a nurse would call back!

My brother Stephen, in east London kept calling me to find out how I was. He got concerned and he with my sister in law decided to call the ambulance.

The ambulance came very quickly before 5 o'clock in the evening.

I had no energy and feeling very poorly.
They checked my oxygen levels and found them at 60%. The normal level should be 93 -94%. So I was 30% deficient of oxygen in the blood. This was deadly and no wonder my breathing was hard!

The paramedics gently put me on a wheelchair, led me downstairs and out to the ambulance. In 10 minutes we were in King's College Hospital.

I was assessed at the accident and emergency department. Later in the evening I was transferred to another ward where I spent the night. But I could barely stand up. There was no power in the legs! I had to rely on the nurse for everything. I was in excruciating pain and the lungs were on fire in the chest! It was horrible!

The following day I was not any better. I got worse and they decided to transfer me to another ward with patients needing extra care. But the move from one ward to another on a wheelchair was a hellish experience. The lungs were sensitive to any slight movement of the body. By the time I arrived at the next ward I was shivering with fever and coughing nonstop! I hated it all! Another traumatic experience for my battered lungs!

Over the weekend of 4th/5th April, other patients had either been discharged, died or moved to other wards. I remained alone. So they moved me to the next bay, but same ward. I didn't like moving, but I had no choice!

That week was tough. The dry cough persisted and energy levels were so low. I had an xray, I think on 8th and CT scan on 9th April. But they could not see anything serious on the lungs.

On Good Friday, they said I had made improvements and therefore I was more independent. They moved me to another ward.

Whom do I find there? They were elderly men...one needing dialysis, two with dementia. The two demented men kept shouting, calling for help, swearing, using abusive language, howling, etc.! I didn't sleep well that night. It was real hell.

The man next to me pooed in bed and lay there for almost two hours without help.

The stench was getting unbearable. So I pressed the buzzer late at night to call the nurses.

Imagine, they knew they had very helpless and vulnerable elderly patients but never bothered to keep checking on their welfare during the night. I was the only "sober" patient there!

So the nurses came to do the cleaning of the mess. I was so angry at them and told them off! I asked them why they had brought me to such a ward! But they had no answer...; only a hard, guilty and helpless look!

On Saturday 11th when the doctors came for their rounds I told them of my experience. I asked that either they transferred me to another ward or discharge me. I was not prepared to stay another night in that ward.

Later in the afternoon I got the news that I would be discharged. This took some hours to really happen. From my experience, getting into hospital can be easy, but getting out can be a very windy business!

Late evening, before 6 o'clock a porter came for me. But the wheelchair journey from the ward to the ambulance was not easy. My lungs were hurting and I was crying loudly in pain.

From the hospital I was taken to another house arranged by the diocese for isolation because after discharge we are supposed to isolate for between 7 to 14 days. This place was not far from the parish where I live.

I was warmly received. But climbing the stairs was really hard work. Getting out of bed to go downstairs for meals was war with my muscles and little energy! Every little activity required careful calculation and effort. It was hard.

But with time I made improvements and got better every day. However the cough episodes, especially after food, were a nightmare.

After a fortnight, on 26th April, I finally returned home. Home, sweet home!

But still the stairs and cough remained a challenge.

Every day I registered some progress. I began cooking for myself. But every activity had to be done gently at my pace.

I remember in hospital, even taking a flannel to clean myself or to shave were really hard work! One time I walked from bed to the toilet, but almost failed to make it back to my bed. The lungs were on fire and couldn't support my walking!

Now it's over two months since I felt unwell and six and a half weeks after discharge, but still my energy levels are not back to where they should be.

I eat and sleep well, generally. But sometimes I wake up with cold sweats and slightly feverish.

Cough has lessened significantly but I don't want to talk a lot on the phone for long. If I overstretch myself by doing a bit of strenuous exercise or work/ activity then cough is triggered. I hate the cold weather and the sunshine these days has brought a smile on my face.

Covid19 is nasty. Covid19 is deadly! It is a very debilitating disease. It depletes or sucks up all the energy. Regaining that energy takes ages. Body aches and pains cause much discomfort and make you feel like a very old man out there!

Being diabetic put me in the high risk category. Covid19 distabilized my blood sugar levels and they shot up more than twice! So, I lost a lot of weight especially in the first month of the illness.

However, my mind has always remained alert. This is why I kept trying to be on various fora to let people know I was alive, though suffering and in great pain.

I have been in hospital before. I know what pain is. I have seen people's suffering and I have an idea what sick people go through. Human suffering is horrible. How I wish I could alleviate it, somehow. Sometimes I ask God as a pagan: couldn't God have made a better design of life? Can't he ease our pain?

But then the sense of faith asks another question: If he did not spare his own Son such suffering on the cross, who am I before him?

So I get muted! For both the pagan sense and faith sense questions I have no answers.

Therefore, I surrender and resign into his mighty hands and all knowing power.

Please God, save us from such diseases and plagues...

Covid19 is lethal. I have had a glimpse of the grave...(nnalingizaako my ntaana!) In nearly died. But the Lord snatched me from the snare of the monster! I am here (for now) to tell the tale!

So help us, God.
Fr. Gerard is a Ugandan Roman Catholic priest, living in the United Kingdom.