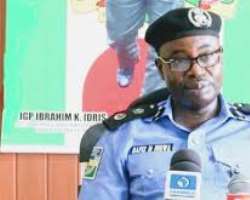 Men of the Nigerian police in Warri in a commando style abducted three Journalists from their office at NUJ office, Warri Delta state without disclosure of their offences.

The police in their patrol van drove to the office at about 4:30pm arrested one Mr. Omonigho Matthew of Daily Post online newspapers and sped off.

The leadership of the union directed two other journalists Mr. Edeki Igafe staff of News agency of Nigeria, Mr. Francis Sadhere with the National Reformer and one Christopher to go to the Area Commander's office, Warri following calls from Matthew Omonigho where he was being detained.

In not less than 30 minutes, news flew to our office that the two journalists and Christopher who were sent by the union to rescue their member were also detained.

We could not tell the offences with which journalists are being harassed and arrested as the police has not answered any inquiry.

This is contrary to the position of Section 6(1) of the Administration of Criminal Justice Act 2015 whish says anyone arrested should be told the offence.

When Daily Watch called the Delta state police Commissioner Mr. Mohammed Hafiz Inuwa to know why journalists are being harassed in the state by the police. He did not respond to our series of calls and text messages sent to his phone.

Meanwhile, the state NUJ council Chairman Mr. Michael Ikeogwu has frowned at how security operatives manhandle journalists in the state.