This Is Why Pp Is Going Down: 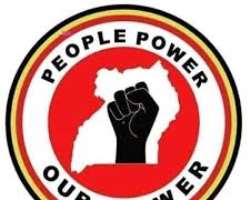 Opposition in Uganda isn't only Bobi and his People Power(PP) movement, and I’m not celebrating their problems. Nonetheless, this is why I think things have gone wrong in PP, apart from the obvious stuff I have posted over the years.

First, Hon. Kyagulanyi aka Bobi Wine is People Power- without him, there is no movement called People Power. They may deny it as much as they want but he is the one that appoints and sacks, finances and refinances all activities—the rest are just noise. You cannot build a movement without other leaders. You need people to do things, and you need a good team, I think.

Certain leadership characteristics or personality traits are innate in effective leaders. However, Kyagulanyi’s leadership skills are questionable at this point. There seems to be less promotion of team development and cohesiveness in the movement. He should have sat down with his bloggers and called on them to stop insulting people. Then, PP starts isolating whoever continues to do it. According to Ashraf Katto aka Ashburg Katto, one of the bloggers and former PP, who used to insult people daily, they had a WhatsApp group called ‘ENFORCEMENT’ with only eight members, where every decision about PP was made. So, you have got to ask yourself, who made the decision to insult people and call them moles? Who made the decision to attack Besigye online and at Bulange? Who made the decision to disorganize Besigye's rally in Arua in 2008?.....There are lot of questions but few answers, you see!

Secondly, I believe Bobi’s influence in Uganda politics was exaggerated, and the international media is partly to blame for this. Yes, he had a fun base as a musician, already, before joining politics, but something did not feel right at the speed he was being sold. At one point, it was one international award after the other for him—apparently for fighting for our freedom in a period of less than three years, and this’s something unprecedented anywhere in African politics for someone who has been in politics in such a short time frame.

Thirdly, some of the problems in PP rose out of a literary style that is often offensive and an arrogance that has not been seen before in our politics—they call whoever they disagree with a ‘mole’. A lot of their activists, like Fred Lumbuye, Peng Peng, e.t.c, have been a disservice to the opposition. There are a lot of people that are quitting PP and other opposition parties, simply because they are fed up of being labelled ‘moles. In addition, Peng and few PP bloggers have been verbally attacking, not criticizing, the Katikiro of Buganda, and I wonder how that helps Kyagulanyi’s campaign for presidency in the long run.I like Peng-he entertains me, but, as the scholar Robert Morgan crisply put it years ago: "If you say what you're doing is authentic, then hey, what are the implications for everyone’’.

Then, there is the money problem. It seems Bobi is not so financially prepared for this. When he stood for MP, he was, admittedly, financed by some big NRMs, as Gen. Tumukunde clarified, and later Bobi admitted it. But it seems he isn’t getting much money from his sponsors (whoever they are), contrary to what some PPs are saying. They call him ‘mukodo’(stingy) but it seems he does not have much money to give.t To be fair to Bobi, he shouldn’t be giving anyone money for supporting him, but money is important in facilitation of actvisits.

Finally, nobody knows what People Power is going to do once in power. Their bloggers focus so much on trivial issues more than policy, on personalities than important subjects, e.t.c. Again, this is where a leader comes in and redirects the organization, but Bobi seems to be riding more on popularism than discussing issues. He had a chance to outline his policies with people in the early days of Corvid-19 lockdown, but he instead blessed them with a free online concert, which wasn't necessary bad, but was that what he should be doing at that moment? Then, naturally, the media, youths and many PPs spent a lot of time arguing over a concert-how many likes and views. Nobody talks about post-Museveni anymore, nobody talks about the Muhoozi project anymore, nobody talks about opposition unity anymore, Nobody talks about activists in prison, e.t.c. Apart from music, he is struggling to identify himself with anything else, and that is very unfortunate.