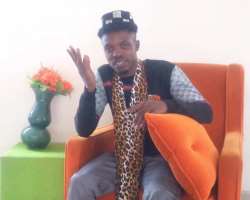 The Deputy National Leader and Director of Operations, Biafra Broadcasting Service, BBS, Ebuta Takon Akor has described the BNYL leader as a fearless and youngest pro Biafra leader in the history of the struggle.

Ebuta said the BNYL leader was the brain behind the overwhelming support that the group and Biafra in general enjoy in the non Igbo speaking areas of the region. Adding that he took consultation as his main agenda and it was as a result of his concern for every tribe that brought the youths from other areas together.

"He is in indeed a good leader, he started this struggle at tender stage and uptil now he is still not deterred despite series of arrest and unlawful detentions, especially that of Bakassi Peninsula.

He is a leader worthy of emulation and his wisdom and thinking is far beyond his age".

Princewill Chimezie Richard is the son of a prominent Eze Ndigbo in Rivers State, Late Eze Richard O Ekegbu, KSC, Eze Ndigbo of Oyigbo, Rivers State who hails from Abba in Nkwerre, Imo State. The BNYL leader was born and brought up in Abuja.