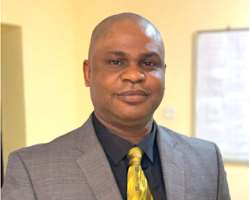 A member of the Police Service Commission, (PSC), Barrister Rommy Mom has faulted the House of Representatives for its moves to strip the Commission of recruitment and training powers and domiciled them with the Nigeria Police Force through a bill amending the Nigeria Police Act, which has passed the third reading.

Mom said the Police Service Commission is a creation of the Constitution of the Federal Republic of Nigeria and that its powers, its mandate, and what it can do, or cannot do can only be carried out by constitutional amendment.

Mom said it involves both houses coming together to amend that portion of the constitution that they are concerned about and transmit to the States in which at least 28 states must also buy into it before that part of the constitution can be said to be changed.

"If you look closely at our laws today the powers, of the Police Service Commission is captured in the 3rd schedule of the Constitution, particularly in section 30 of that schedule where it says the commission shall have the powers to appoint persons to offices, other than the Office of Inspector General police in the Nigerian police force, and also to dismiss and exercise controls over all persons in the police force, except the IG."

"Now, what it means is this, you don't have the power to dismiss, except you have the power to hire. For the constitution to say the police service commission can fire anybody in the Nigerian police force, except the IG it means its only the police service commission that can also by implication hire those persons. To that extent therefore, if the National Assembly or the house of reps is thinking of stripping the Police Service Commission of those powers, it will have to first of all, amend the constitution."

Mom said the passage of the amendments to the police act by the National Assembly, in as much as it is something to be celebrated, will have to be guided by the 1999 constitution as amended especially when they begin to veer into areas where the constitution is yet to amend.

"For instance, the National Assembly as it were today cannot change the name of the Nigerian police force to the Nigerian police service except they first of all, amend the Constitution. So let us not go into any exercise that at the end of the day will not yield any fruits but will just lead to a waste of human resources, and the resources of this country."

Regarding the PSC powers to recruit, Mom said it is even more cumbersome and much more complicated since the issue is before the court.

"I would think that we shouldn’t rush into political interpretations of certain issues that are constitutional or are still in court but allow the law take its course. The National Assembly if they want to delve into these issues should be properly guided and my advice is let them be guided by the constitution of the FRN so any attempt to tamper with the mandate of the PSC through a subsidiary law is null, void and of no effect whatsoever."

"I would further advice that if Nigerians and the NASS want the police of our dreams, effort should be made at strengthening and resourcing the PSC to fully activate and implement its power of oversight function over the NPF. Without a strong supervisory body over the NPF, the tendency is that it will be a law unto itself and certainly not accountable to Nigerians."

Mom urged the NASS to investigate why the PSC is not adequately funded to function optimally and correct that anomaly.